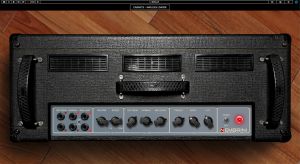 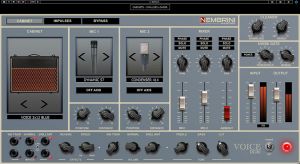 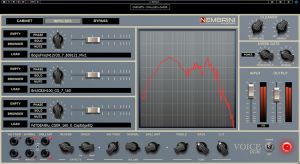 The Voice DC30 plugin is modelled on a vintage Vox AC30 Top Boost Reverb, the iconic British-built 30W 2x12 combo guitar amplifier that defined a generation of sound, to bring its incredible tone (traversing from chiming, clean qualities with a brilliance bordering on grittiness to darker, more overdriven timbres) to today's DAW-driven world while extending the possibilities of the original hardware with new features.

Iconic in both name and tone, the vintage Vox AC30 Top Boost Reverb produced from 1979 through to 1984 is readily recognised by British musicians (and, indeed, beyond those shores) for its 'jangly' high-end sound, something that Nembrini Audio has truly tapped in to with its meticulously-modelled Voice DC30 plug-in.

Put it this way: thanks to Nembrini Audio's acclaimed analogue saturation circuits digital reproduction specialism, Voice DC30 allows anyone access to the signature sound of the hardware original by bringing both enchantingly clean and raucously overdriven tones to their chosen computer platform or iOS.