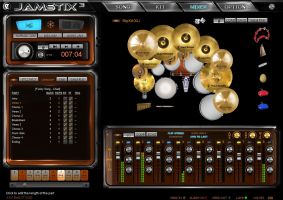 Rayzoon has released version 3.6.0 of its virtual drummer Jamstix. For the first time ever, Jamstix is now available in a native OS X version. This update offers various other enhancements and is available now to all Jamstix 3 owners at no charge. Demo versions are available for Windows and OS X.

More information on this update can be found here.