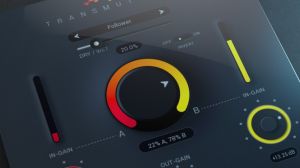 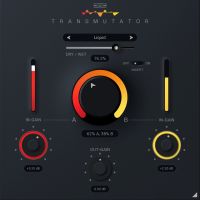 Untited Plugins has introduced Transmutator. Here's what they say:

Transmutator is a cutting-edge tool that crossfades between two inputs in a multitude of ways.

The plugin can be placed on a track and feed a second track into its sidechain input. The Mix dial is used to transition from A to B using 16 modes. Invert parameter changes the behaviour of each of the modes - so the final number is even double.

Transmutator has many uses including transitioning between different sections in tracks (from verse to chorus or build-up to drop, for example), mixing between two songs (such as in a DJ set), or sound design (by fusing and morphing two elements together in various ways).

Transmutator only works with sidechain signals therefore applications that do not support this kind of routing (i.e. GarageBand) do not work well with it.

Price: €69. There is an intro price of €19 until the end of September. A 15-days fully working trial version will give you the full experience.

Find Transmutator by JMG Sound in the KVR Marketplace