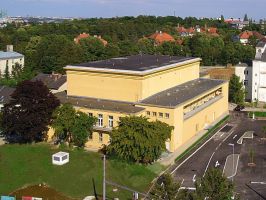 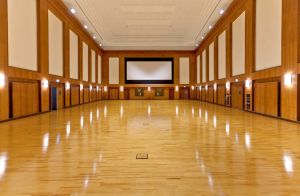 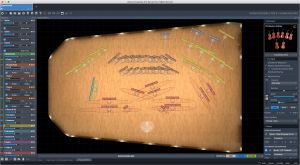 The Vienna Symphonic Library has announced the release of Vienna MIR RoomPack 6, an impulse response-based digital representation of their newly revitalized scoring stage, Synchron Stage Vienna. The new venue for the mixing and reverberation applications Vienna MIR Pro and MIR Pro 24 is available at a special introductory price through June 30, 2017. Registered users of the recently released Synchron Percussion I Collection may download RoomPack 6 for free. Additionally, users and new buyers of Synchron Percussion I may purchase Vienna MIR Pro 24 at 30% off its regular price.

As with every MIR venue, RoomPack 6 comes with thousands of impulse responses and a detailed graphical representation of the venue, ready-to-use with Vienna's Multi Impulse Response-based mixing and reverberation applications Vienna MIR Pro and MIR Pro 24.

The all-new RoomPack 6 is dedicated to Vienna's resurrected Synchron Stage Vienna, which is described as "a one-of-a-kind recording facility that provides outstanding acoustics, state-of-the-art recording technologies and Vienna Symphonic Library's software innovations to its international clientele".

The original scoring stage was built in the 1940s, adjacent to Rosenhügel-Filmstudios as part of "Film City Vienna". During the 1960s, eminent classical artists such as Karl Böhm, Herbert von Karajan, Yehudi Menuhin, Sviatoslav Richter and Mstislav Rostropovich used the venue for their now-legendary recordings. In the summer of 2013 the Vienna Symphonic Library acquired and renovated the building. In its first year of operation Synchron Stage Vienna hosted film music recordings for productions such as Inferno, The Crown, Lego Batman, Ghost in a Shell, in addition to several video games, commercials, classical recordings and many other projects.

The facility's 540 m2 (5,813 sq.ft.) main Stage A is large enough to accommodate a 130 piece orchestra and features a reverb time of 1.6 to 1.8 seconds. The colossal room-in-room construction with its well-designed sound insulation stands out with an exceptionally low noise-floor of 16 dBA, even with the air conditioner running.

Vienna MIR RoomPack 6 represents this hall from two different angles. A total of 6,000 Impulse Responses (IRs) were gathered to virtually recreate the acoustics of this venue.

Vienna MIR Pro 24 includes the full set of features and options of its bigger brother Vienna MIR Pro, with a maximum of 24 instruments, ensembles or audio signals that can be placed on its virtual stages.