XT Software has announced the release of ReWire VST, a virtual instrument for VST compatible hosts that allows you to record audio from other host applications directly into XT Software's energyXT, or any other host supporting the VST standard. For instance, you can fire up Reason and record its instruments and devices directly into energyXT for further editing and mixing. 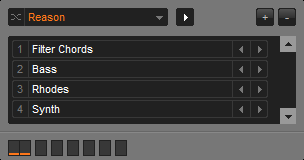 Priced at €19, ReWire VST is available now for Windows and Mac OS X.