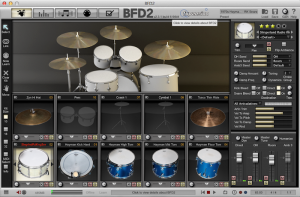 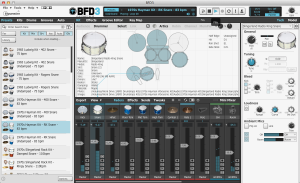 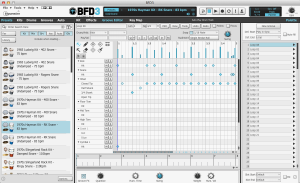 The 1970s Hayman Vibrasonic Kit - BFD Pack as mixed by Stephen Street (Blur / The Smiths) is an Expansion pack for BFD3, BFD Eco and BFD2. If you own any of these versions of BFD and want a versatile classic British 70s kit as mixed by one of the UK's mix engineers then look no further.

The 1970s Hayman Vibrasonic Kit BFD Pack has been designed as a licensed expansion pack for BFD Eco, BFD2 or BFD3. The pack includes up to eighty velocities of each articulation totalling 8280 samples. The pack also contains a number of 70s Americana MIDI grooves.

The BFD Pack of the Stephen Street mixed 1970s Hayman Vibrasonic Kit is available exclusively from the Drumdrops store for £ 35.00. Head over here to find out more.

Really looking forward to this. Any ETA on the BFD pack?