1970s Hayman Vibrasonic kit - Drum Replacement Pack by Drumdrops is Soundware (e.g. samples or presets that load into other products). 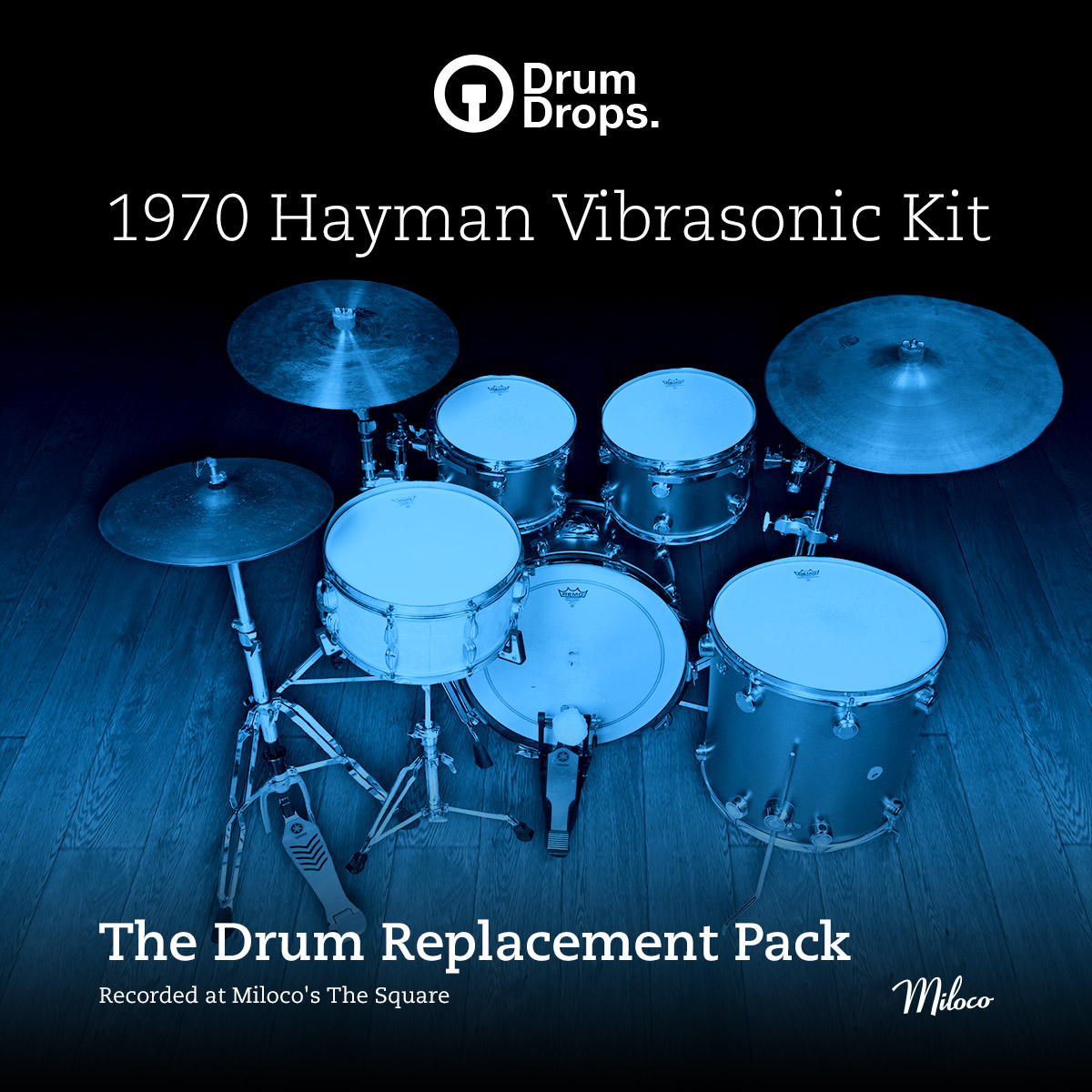 The 1970s Hayman Vibrasonic Kit - Drum Replacement Pack as mixed by Stephen Street (Blur / The Smiths) comes with patches for comes with patches for Slate Trigger V2, Drumagog 5 & 4 and DrumXchanger. If you use any of the supported software and want a versatile classic British 70s kit as mixed by one of the UK's mix engineers then look no further.

The Slate Trigger patch patch has been created using the close mic, overhead and room mic samples from the kit. There are samples for the kick drum, snare and toms. The samples in this patch have up to 16 velocity levels and six round robins totalling 3280 samples. The samples come in the tci format.

The Drumagog 5 patch uses the same samples and you can choose the balance between the close mic, overheads and room mics. This patch uses up to 8 velocity levels with four round robins totalling 1216 samples. We have included samples for the Kick, snare, toms and hi-hat. If your version of Drumagog contains the Auto hi-hat tracking feature then the samples will follow the opening and closing of the hi-hat. The samples come in the gog format. We have also included a patch for Drumagog 4 which uses a lot less samples.

The DrumXchanger patch contains stereo mixed samples (a combination of the overhead, room and close mics samples). This patch contains eight velocity levels with no round robins totalling 74 samples. The snares also contain a rimshot sample that have their own adjustable trigger threshold. The samples come in the splx format.

The Drum Replacement Pack of the Stephen Street mixed 1970s Hayman Vibrasonic Kit is available exclusively from the Drumdrops store for £ 12.50. Head over here to find out more.