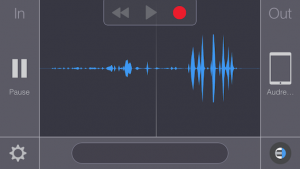 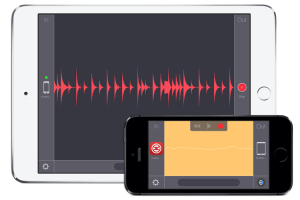 Audreio iOS by Audreio is a Mobile Audio App and a Standalone Application for iOS. It functions as a Standalone Application.
Product
Version
2.0
System Requirements
iOS 7 and up.
Tags
Tags:RecorderAudio RouterAudreioAudreio iOSRemote RecorderStreams
Other
Stand-Alone Utility / Application
My KVR - Groups, Versions, & More
2 KVR members have added Audreio iOS to 2 My KVR groups 2 times.
Not In Your MY KVR Groups
(or group limitation prevents versioning)
1 0 I Own This
+1 in private groups

Stream and record full bandwidth audio between iOS devices or iOS and desktop DAWs (running Audreio AU plugin). No audio interface needed. Using your existing router over the local network (or via the standard device cable between iOS and desktop connections), Audreio streams audio from an Inter-App Audio (IAA) application on one device, the built-in mic, or a wave file to another device. The received audio can then be routed to the speaker, an IAA host, or captured to a file using the built-in recorder.

Audreio's easy-to-use interface will have you streaming audio in no time. Simply select a device on your local network that you would like to send audio from, and you're ready to stream. There are no IP addresses to enter and no complicated set-up to deal with.