aXMonitor by SSA Plugins is a Virtual Effect Audio Plugin for macOS and Windows. It functions as an Audio Units Plugin, a VST 3 Plugin and an AAX Plugin. 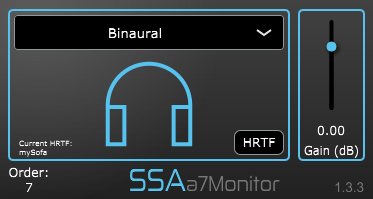 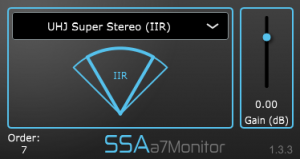 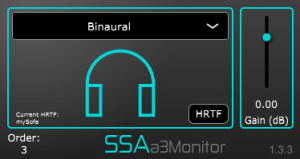 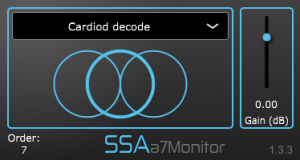 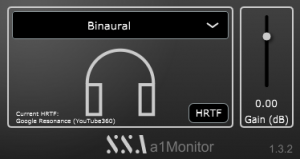 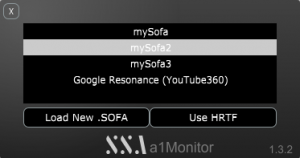 Ambisonics requires a decoder to convert to loudspeaker or headphone signals that carry the spatial information. The aXMonitor allows you to listen to your Ambisonic signals over headphones via binaural 3D audio (HRTF technology). It also decodes first-order signals to stereo loudspeakers, allowing you to distribute your immersive audio content via more traditional formats.

The aXMonitor allows you to listen using three different formats:

Available Versions: The aXMonitor is available with 3 levels of spatial resolution, with different maximum Ambisonic orders: