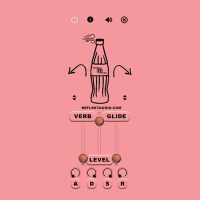 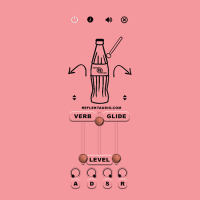 A couple of weeks ago @TRBL.Music reached out to me with an idea of creating a plugin out of a Coca Cola bottle. The way he presented the idea and sounds he demonstrated sat with me well, I actually liked his idea.

So we linked up to bring music makers across the globe a tool for the taking we'd like to call "Bottle Pop".

Bottle Pop is a virtual instrument that has that blow airy sound.

Have you ever blew on the top of en empty glass bottle?

Thats what this plugin is! We took it a step further and we added some percussions as well from the glass soda bottle itself.

This plugin is definitely unique to its kind and offers it's users the ability to use new and unusual sounds, Also each sound was recorded in round robins style so the user gets a realistic feel and sound. This plugin is a no brainer for music makers across the globe not to mention it is free!:

Average user rating of 2.50 from 2 reviews
Read all reviews Add A Review

I'm a sucker for plugins that specialize in one sound or just a few sounds, so of course I had to check out Bottle Pop. I don't think the blowing noise really sounds much like blowing into a bottle, but it is actually a really cool and usable sound. I think it actually sounds quite lovely, especially when you turn the reverb up, or use your DAW's reverb. The other sounds I guess are supposed to be the tapping on a bottle. These are useful as well.

I give it a solid 4 for the quirky GUI and for the nice blowing sound.

Nice idea, but based on the demo doesn't sound at all like the sounds from blowing on the top of en empty glass bottle. I say "based on the demo" because their site is all screwed up it didn't even give me a download option after I went to cart.