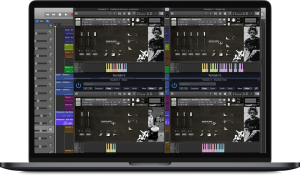 In the new session we have the performance of the percussion Guru, Robson Batata, bringing an extensive variation of rhythms and grooves, in addition to modern rhythmic cells that allow more versatility of use for the Pandeiro. There are 6 .nki files with groups of cells distributed at 3 different bpm. They all have fixed time and sync. In addition to the Robson session, we have another performance previously recorded by the great musicians, Marcos Nascimento and Paulo Gomes. Altogether we have 14 different .nki files and more than 160 different loops, along with 5 Pandeiros in Single Hits.