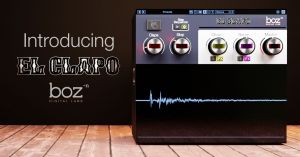 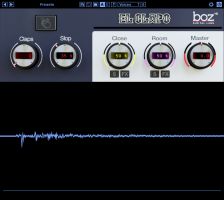 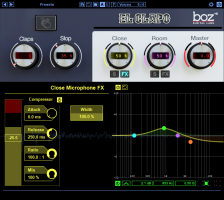 We want to give early adopters a great deal. For a limited time, you can get El Clapo for just $14.95, marked down from $39.

Handclaps remain a staple of popular music and film post, but in drum emulation software, synthesizers, and sound libraries, handclaps are treated as an afterthought. To get them to sound close to realistic, you have to go through a lot of complicated processing, sample layering, and track nudging. El Clapo is a one-of-a-kind plugin that can generate ultra-realistic handclap tracks, from a single intimate-sounding handclap, to a raucous mob of 150 head-bangers. El Clapo even lets you control how sober or intoxicated the crowd is with adjustable round-robin timing control. It also features three mic adjustable positions with control of close/mid/room blend and width. Mic position controls also feature solo buttons and FX buttons that give you access to full-featured compressors and equalizers. El Clapo also features MIDI velocity control, panning, and a step sequencer with 12 editable patterns.

In a shootout, El Clapo stands out against the usual suspects, such as drum machines and sound libraries, . But you don't have to take our word for it. Listen to these examples of El Clapo in action: