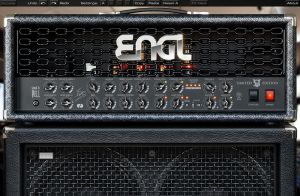 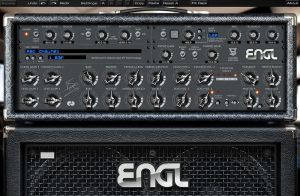 While Fender and Marshall are the biggest brands in the guitar business, ENGL Amps have gained a reputation in the music scene for delivering the ultimate metal tones over the past decade or so. The 'noted users' website reads like an international who is who in rock and metal.

This is the ENGL E646 - Victor Smolski Ltd, a true model of the Limited Edition ENGL head developed by the specialists at Brainworx.

Four channels of pure tube attack power deliver the widest modern range of tones you can expect from an amp.

Dirk Ulrich (CEO of Brainworx), was a rock producer for 15 years before he entered the plugin business. Dirk has recorded with musicians of bands like Dream Theater, Toto, Michael Jackson Band and many more. He has produced 64 of those recording chains at the PMC-monitoring equipped www.brainworx-studio.de, capturing 3 different ENGL cabinets recorded with up to 9 different hi-end vintage and modern microphones through Brainworx' NEVE VXS72 console (1 out of 9 consoles of this type which exist) and using outboard EQ from Millennia, SPL and elysia. The resulting tones, which would take tons of gear, time and expertise to achieve, can be selected from a simple menu inside the plugin.

The ENGL E646 plugin can even be used in a live context. Simply switch off the speaker simulation and play the ENGL amp plugin via a real power amp and a real guitar speaker cabinet and you'll think you're playing through a real amp.

The ENGL E765 plugin also includes some useful features not found on the original amp:

The built-in Noise Gate helps stifle the annoying hiss often generated when Gain Boost is engaged at very high gain levels. Channel 2's Tone button fattens up the sound in both Gain stages. It enriches the midrange frequencies, effectively doubling the number of basic sounds available to you in Channel 2. Another trademark ENGL feature is provided with a second master volume (Master A/B).

Download the full function 14-day demo (no dongle required!) to find out why bx_digital V2 was named "Plugin of the Decade, " and has become the go-to EQ for mixing and mastering professionals around the world.

Buy as part of the ENGL bundle and save 28%. PLUS get the bx_tuner for free.