Flow by Sinevibes is a Virtual Effect Audio Plugin. It functions as an Audio Units Plugin. 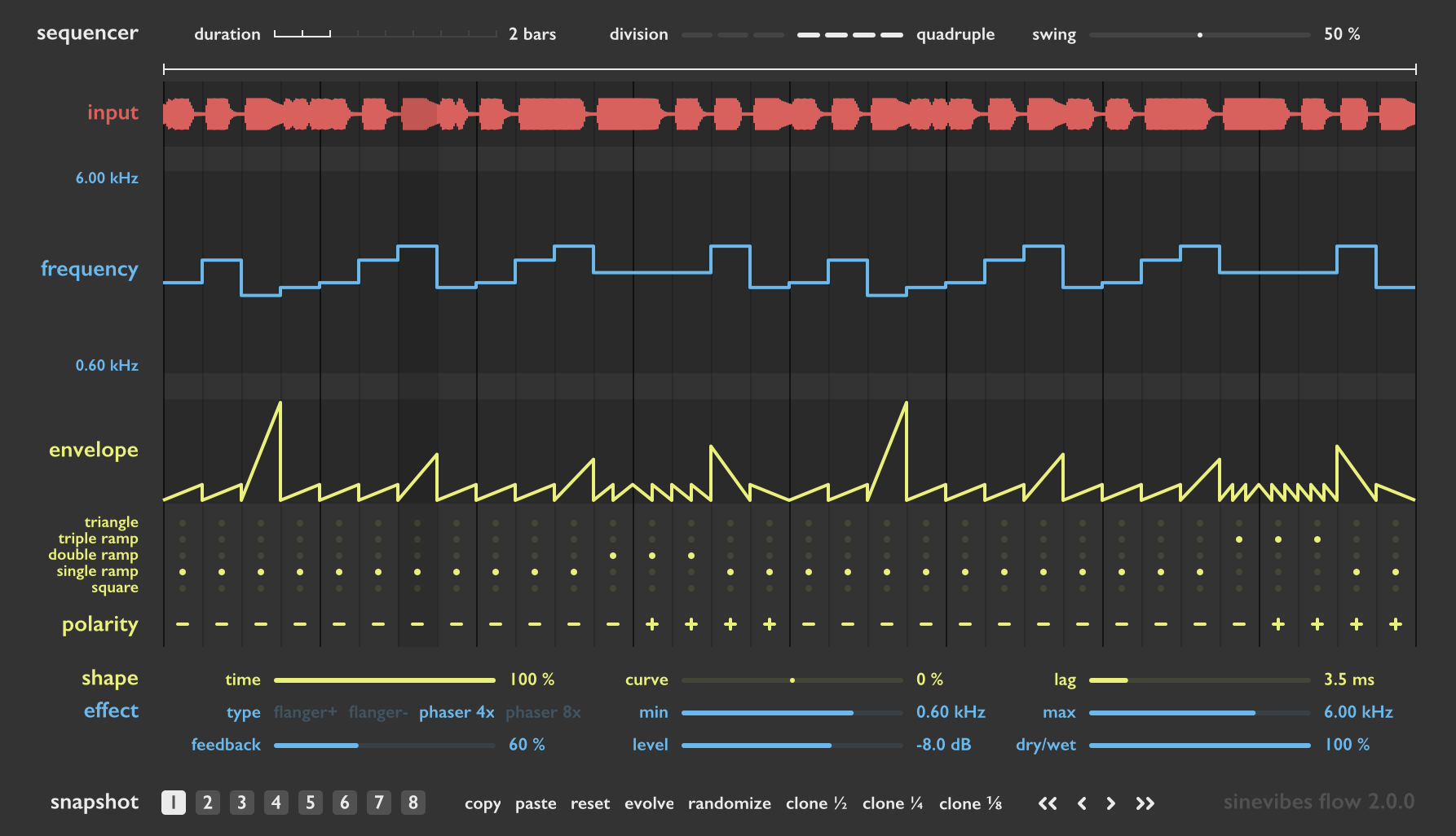 Flow is plugin for creating animated flanger and phaser effects. Unlike a traditional flanger or phaser, Flow has a powerful  tempo-synchronized sequencer that allows to set different effect frequency, envelope shape and modulation depth per each of its 32 steps. Although it can do classic sweeps and burbles too, it goes much beyond – stepped patterns, complex riffs, elaborate pulsations, random glitches are mere seconds away thanks to Flow's simple editing tools and numerous utility functions. Both its rhythmic and spectral character is also widely tunable with multiple open parameters for the effect and the envelope sequencer.

Flow displays a live sound waveform and aligns its sequencer graphics with it – exactly in the same way it's done by the sound engine, for true "what you see is what you get" operation. Every element in its user interface is color-coded and features subtle animations, making your workflow unusually easy and enjoyable. Plus, all this goodness is rendered right on the graphics adapter meaning fast response and no extra load on the main processor, regardless of how new or old your Mac is.