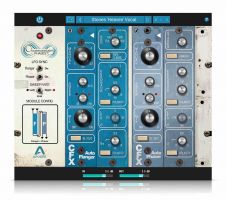 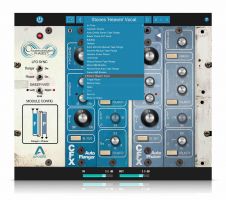 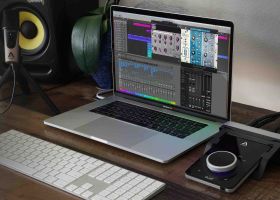 The trippy, undulating sound of flanging and phasing debuted in the '60s and '70s with songs like Small Faces' "Itchycoo Park," Led Zeppelin's "Kashmir," and Hendrix' "Bold as Love." And it's made its mark on every decade since, playing key moments on tracks by David Bowie, Roxy Music, The Clash, The Cult, U2, Daft Punk, not to mention dozens of tracks by Van Halen.

Clearmountain's Phases brings you the sounds of classic flanger and phaser processors used in mixing engineer Bob Clearmountain's studio, meticulously modeling his rare, vintage flanger and phaser rack modules from the mid-seventies. The plugin adds Expanded settings modules, so you can replicate Bob's advanced workflow, easily dialing in the distinct, engaging modulation effects heard on songs from the world's most influential artists.

Configuration for your sonic imagination

When Bob was looking to create a richer, more extreme texture, he'd send his tracks through both flanger and phaser modules, and you can do the same with the Module Config feature. Flange the phaser, phase the flanger, or apply both and mix – whatever achieves the sound in your imagination.

To add a swirling width that moves across the stereo soundstage, he'd patch in multiple modules, then set different sweep rates for the left and right sides of each module. Listen to Mick's vocal on the Stones' "Heaven" track, or Bowie's "China Girl" recording to hear the result. You can recreate these unique sounds with the Module Config and Sweep Rate Select features.

Access Iconic Presets or Easily Dial in Your Own

When the Clearmountain name is on the box, rest assured that Bob himself pored over every detail, and that includes the presets you get with the plugin. You don't need an Engineering degree to get started – instead, look over the shoulder of a master mixer.

Bob has carefully created each preset based on specific instruments and processing from his extensive catalog of timeless hit mixes. Want to experience the Stones "Heaven" vocal sound described above? Simply load the preset. Once you've unlocked the secrets of the presets, you'll find it surprisingly easy to conjure your own Phases, from mellow to madness.