MaTouQin by Kong Audio is a Virtual Instrument Audio Plugin. It functions as a VST Plugin. 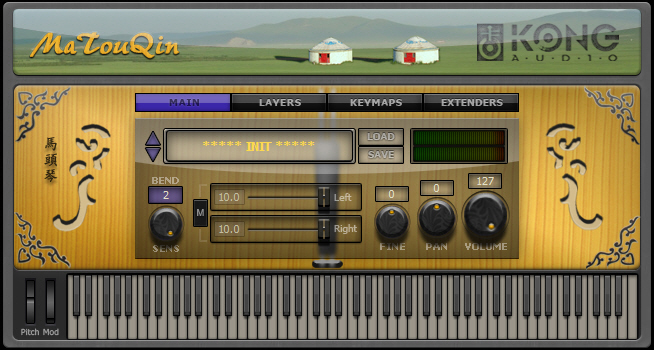 MaTouQin (horse-headed fiddle, aka morin khuur) is a faithful sample-based re-creation of one of the most representative traditional Mongolian instruments.

Matouqin is believed to be originated from the nomadic people during the Tang Dynasty (7th - 10th centuries), and became widely known circa Genghis Khan's reign. Nowadays, like many other Mongolian legacies, Matouqin has become an essential part of Chinese culture. With the unique sound character and playing style, Matouqin has become one of the essential music elements in today's China.

Besides the horse-headed pegbox, Matouqin is very recognizable for its unusual playing techniques and styles. Kong Audio approached Matouqin in pursuit of the indigenous flavour instead of the more Westernized playing style, and by delivering that flavour to the users, composers and musicians now have a chance to express and explore the authentic and original Mongolian flavour with ease.