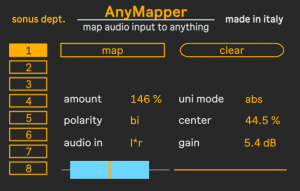 Neuraloot is a set of Max for Live devices based on a in-house developed neural network trained with thousands of waveforms. This way, the network learnt how to describe a waveform through eight parameters, that manipulated can allow a seamless and complex morphing among an almost infinite number of shapes.

Upon this model, five devices have been built: