NLA Spatializer by BlueLab | Audio Plugins is a Virtual Effect Audio Plugin. It functions as a VST Plugin, an Audio Units Plugin, a VST 3 Plugin and an AAX Plugin. 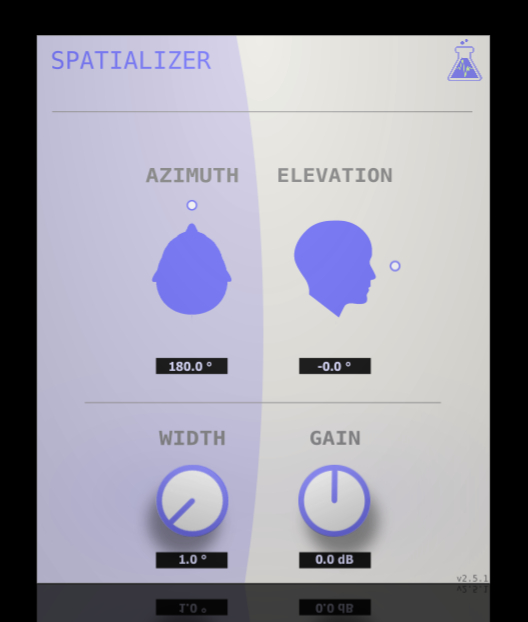 Spatializer is a plugin that enables the possibility to spatialize the sound of an input track, using a technique of binaural spatialization. More specifically, the plugin uses the KEMAR HRTF dataset which as been created by measuring the ear response (among others), depending on the direction of the incoming sound.

The Spatializer plugin adds a huge potential compared to a simple left/right pan. The listener will be able indeed to localize accurately a spatialized sound, not only "rather on the left" or "rather on the right", but also "in front", "behind", "above", "below" ans all the intermediate positions. Please note that for an optimized rendering, listening with headphones is highly recommended.