Login / Register
My KVR0Updates
00 items | $0.00 CHECKOUT New
Plug-in Developer?
Search
Who are we in the KVR community in 2020?VOTE NOW
Percussive Adventures 2 LEby

Percussive Adventures 2 LE by EastWest is a Virtual Instrument Audio Plugin. It includes, and is therefore "powered by", Intakt, which functions as a VST Plugin, an Audio Units Plugin, a DirectX Plugin and an RTAS Plugin. 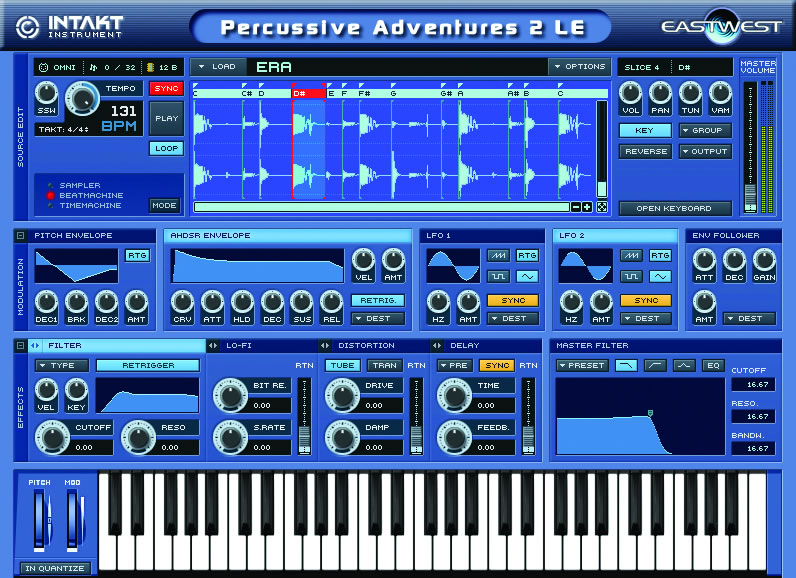 This product is "Powered By" Intakt. The OS and Format icons listed below should be accurate for the latest version of Intakt.
Plug-in, App & Soundware Format(s)
Operating System Availability
Miscellaneous Information

Percussive Adventures 1 was a Keyboard magazine Key Buy Award winner. This is the original go-to-must-have library of extended performances used by countless big name film and TV composers not to mention remixers and electronica maniacs and is legendary in the scoring world. Now the long awaited sequel is here. Percussive Adventures 2 LE expands the borders of the original in depth, detail and creativity.