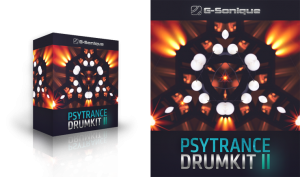 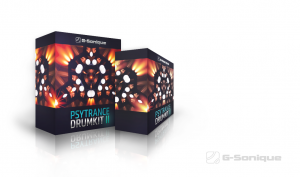 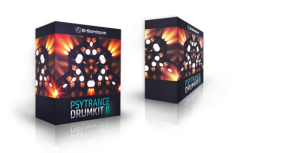 Psytrance Drum Kit 1 was released 8 years ago. It was very popular sample pack used by many famous psytrance producers worldwide (see our artist page). Many killer tracks which destroyed festival dancefloors and clubs worldwide were produced with PSK1. While psytrance drum kit 1 is still very popular this music genre has changed its sound and new sub-genres were born. Now kick drums used in popular psytrance are heavier, more fat and massive, hihats are more creamy, claps and snares are more smooth and robust, there is lot of influences of other genres like house and minimal. Also DSP processing power, algorithms of DAWs and plug-ins are now better so tracks are sounding better, crystal clear, louder and fat comparing to 10 years old tracks, same happens with samples because technical improvements allows better sound quality of samples production.

So it was right time to make Psytrance Drum Kit 2 with actual psytrance sound.

Almost 2 years of hard work, but PSK2 is here, even better.

PSK2 is not any recycling of PSK1, sounds are generated completely new, different techniques of synthesis, resampling and post-production. New equipment and software used. Sounds are already slightly processed with compressors, multiband processors, eqalizers and selected sounds were enriched with real analog and vacuum tube equipment. While PSK1 has more basic unprocessed sounds, PSK2 sounds are more fine-tuned for production so you don't need to use lot of eqs, compressors, multibands and cut problematic frequencies. If you have PSK1, number two is a must have psychedelic ammunition with different types of drums and sounds. While every pack is complete psytrance drums/sounds/percussion collection we suggest using both, they are different but perfectly complement each other.

Many amateur producers understate power of rhythms. They think that Kick, one clap and hihat is enough. But not for 21st century. Psytrance is reincarnation of prehistoric shamanic rituals that happened thousands years ago, also at that time people needed complicated hypnotic rhythms played on djembes/percussions to fall into the trance and higher states of conciseness, not just simple kick or 4/4 rhythm. If you want to attract people by your music never forget two basic elements – interesting rhythm and energetic bassline. Your beat should have more types of closehats, shakers, breaks, thin and fat snares, hits, blips, structure. There must be lot of almost inaudible elements that makes beat more groovy, hypnotic, interesting and adding necessary energy that will kill dancefloors.

If you are producing fullon psytrance, progressive, darkpsy, hitech, psycore, goa, tribal sound, experimental or twisted psytrance PSK2 has everything you need..

If you are psycore producer you need darker but fast kicks, experimental mysterious sounds, darker percussions, everything is also included.

If you are into tribal psytrance – complete collection of tribal percussions, woods and shamanic sounds is included, if you prefer experimental highly psychedelic twisted sounds or producing psychillout, you can find complete collection of psychedelic twisted sounds and percussions which sounds like from other dimension or after applying high doses of mushrooms.