My KVR
Sampler Plugin by Renoise
58€ / 65$
at renoise.com
DetailsSwitch Section 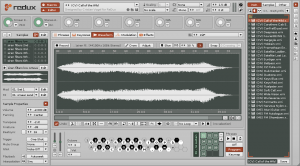 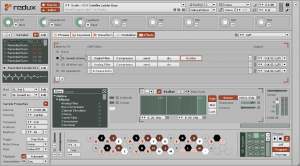 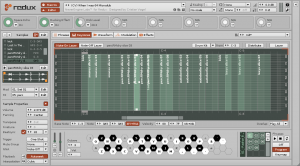 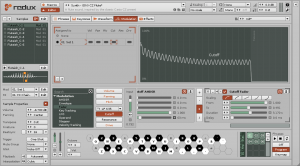 Redux is the Renoise instrument, for the first time available as a VST/AU plugin. Redux is a powerful combination of a a sampler and phrase sequencer, and has inherited and expanded upon a unique set of features from its bigger brother, Renoise:

Just fantastic. I'm a Renoise owner, haven't bought a license for Redux yet, but the demo has shown me what an asset it is in Reaper, and likely other DAWs I haven't/can't test. The new vowel filter alone is almost worth the price of a Redux license, it's awesome. Hope Redux serves to attract a lot of new people to Renoise itself, really want to see this company thrive.

Yes, it's indeed fantastic. This semi-modular concept of fx, the distortion and the filters - just wow. 10/10 for me. You can do so much more with it then with the common samplers. This software should be promoted much more. For me missing is a import functionality of Kontakt and EXS24 instruments (and maybe sound font?) just as Studio One 3 provides now, since there is the most content going on... But I have to admit that I am not used to SFZ so far. Maybe there is much better content available for SFZ... I read somewhere that Calkwalk VSTs like Rapture and Z3TA 2 use SFZ libs...

BTW. I bought it instantly.

Can you actually record samples with it or is it just a Sampler Player ?