SH5 From Mars
by Samples From Mars

SH5 From Mars by Samples From Mars is Soundware (e.g. samples or presets that load into other products). 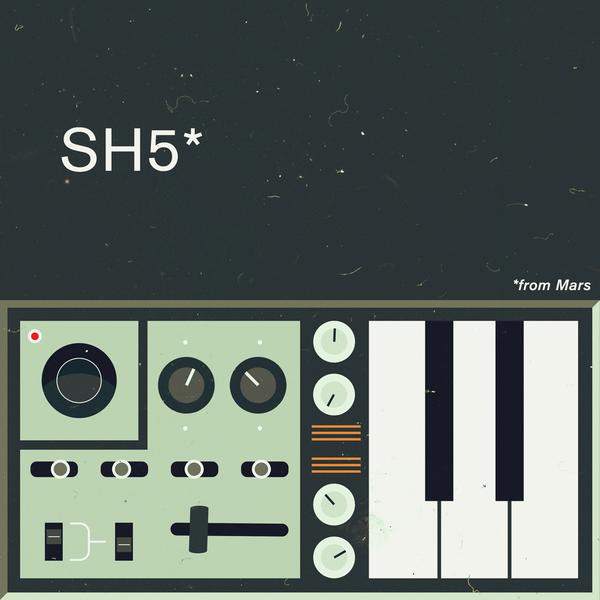 The SH5 From Mars samples the Roland SH-5, part of the Roland SH series. Produced from 1976 - 1981, the SH-5 is similar to the System 100/700 modular units. It's built around analog oscillators and multimode filters that don't lose bass when the resonance is turned up. There's also a resonant bandpass filter which can be used in parallel.

It also features a white/pink noise generator, ring modulation, sample and hold, semi modular LFOs, and strong and weak oscillator sync. It also includes a unique resonant bandpass filter. Samples From Mars created aggressive bass patches by sending one oscillator to the bandpass filter (with the resonance cranked), and the other oscillator straight to the VCA or lowpass filter.

Samples From Mars also created FX, synthesizing everything from telephone rings to dustbusters, white noise, sample and hold FX, and old radio hiss. Taking the headphone output and re-routing it back into the audio input allowed for the creation of feedback with harmonic distortion and a kind of vowel shape to the filter.

Samples From Mars recorded many of the patches with no processing, leaving the sound of the synth alone. Other patches were processed with analog distortion, saturating through tubes, tape, guitar pedals, hardware EQs and analog filters, and finally through Apogee conversion.