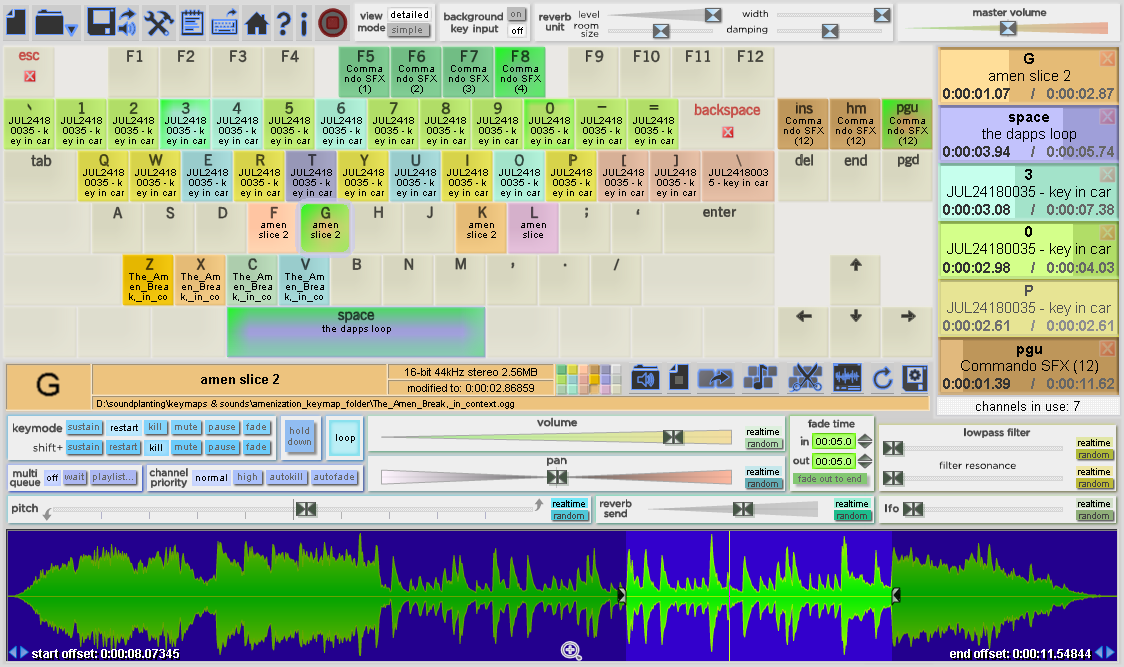 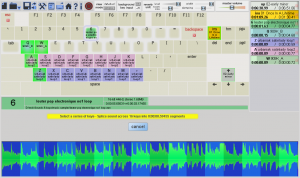 Soundplant is live performance audio software that turns your computer keyboard (yes, your QWERTY keyboard) into a versatile, low latency, multitrack sample trigger and playable musical instrument. It allows the assignment of sound files of any format and length onto virtually all keyboard keys, giving you hours of instantly-playing random access audio at your fingertips with no extra hardware needed.

Use Soundplant as a performance, presentation, or installation tool, as a drum pad, as an educational aid, to mix together tracks in realtime, trigger sound effects or background tracks during a show, create music or loops, sketch sound designs, make beats, and give new life to old sounds - all via an input device you've been practicing on for as long as you've been typing. Because it's a standalone software sampler that uses your own samples to create custom soundboards, Soundplant is an infinitely flexible electronic instrument limited only by the variety of sounds that you feed it.

An easy to use interface provides drag & drop configuration of each key, including options which control the way each sound is triggered along with several lightweight non-destructive realtime effects. Playing sounds are displayed with a progress bar and track time, and you can even trigger sounds with Soundplant hidden while using any other program.

Soundplant is not a synthesizer, plugin, editor, or sequencer, but it is way more than a media player. Soundplant was designed to do one thing and do it well: to trigger sounds from the computer keyboard with maximum speed, efficiency, and ease of use. Users love its rock-solid stability for live event use, its simple one sound per one key metaphor which eliminates the usage complications of many other software samplers, its versatility for handling sounds of all types from short effects to full length songs to hours-long mixes, and its ultra-optimized use of the computer keyboard with lowest-possible latency requiring no extra hardware or MIDI.

Quiet Piano
Rated 5 out of 5 by SumnSumnSumn
13th July

Nils K1v
Rated 5 out of 5 by SumnSumnSumn
11th July

Crystals
Rated 5 out of 5 by FoxDE
8th July