Sounds of Berlin
by Ueberschall 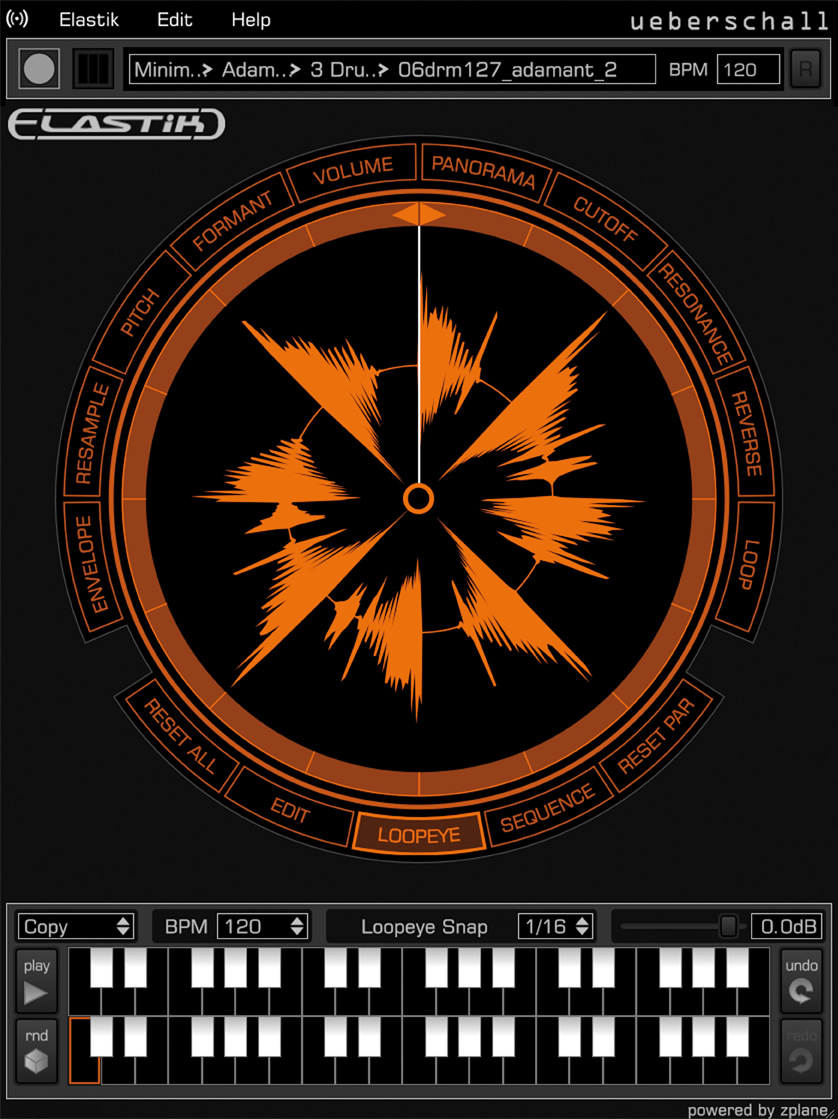 This product is "Powered By" Elastik. The OS and Format icons listed below should be accurate for the latest version of Elastik.
Plug-in, App & Soundware Format(s)
Operating System Availability
Miscellaneous Information

The musical-metropolis Berlin has been a major influence on the Electro and Minimal Scene. Ueberschall has captured this spirit with Sounds of Berlin.

The first part of this series features the artists Ruede Hagelstein and Asem Shama. Both DJs are well known for their releases on labels such as "Upon You", "Lebensfreude" and "Sportclub".

Sounds of Berlin covers the different sub-genres of minimal sound - from 120 BPM Afterhour-House to 130 BPM Dancefloor-Techno - and is oriented around labels and themes such as "Kompakt", "Mobilee", "Vakant", "Boxer" and "Cocoon". 1 GB content / 1258 Loops & Samples / 75 construction kits.

Each of the 75 construction kits is broken down into its single lines, each kit offers bass loops, synth loops and drum and percussion loops which can be integrated easily into every live set, thanks to Elastik. For your own groove creation you can use the single drum sounds. All material is preprogrammed and ready to roll out thanks to the bundled Elastik interface. Elastik has many features which compliment the electro genre nicely: filters per note, hi quality transposition, granulation effects, volume settings per note and easy mixing with additional Elastik libraries.