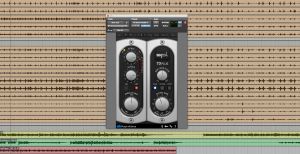 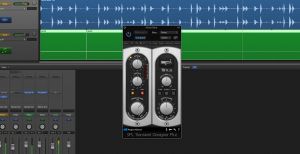 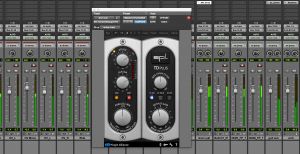 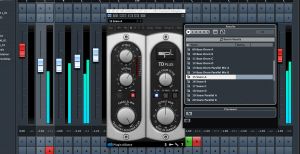 SPL Transient Designer Plus by Plugin Alliance / SPL is a Virtual Effect Audio Plugin for macOS and Windows. It functions as a VST Plugin, an Audio Units Plugin, a VST 3 Plugin and an AAX Plugin.
Product
Version
02.20
System Requirements
Intel-compatible CPU with SSE2 instruction set (Pentium 4 compatible or higher; minimum 2 GHz recommended)
** We do not currently support Windows 10
Product
Version
02.20
System Requirements
Intel CPU only (minimum 2 GHz recommended)
*We do not currently support OS X El Capitan
Tags
Tags:Transient Designerplugin allianceSPLSPL Transient Designer Plus
Effect
Formats
My KVR - Groups, Versions, & More
52 KVR members have added SPL Transient Designer Plus to 11 My KVR groups 65 times.
Not In Your MY KVR Groups
(or group limitation prevents versioning)
32 0 I Own This
14 0 Favorites
6 0 My Actual Studio
5 0 I Want This
2 0 My Perfect Studio
+6 in private groups

In the late '90s, SPL revolutionized the recording and live sound industries with their introduction of the Transient Designer. Birthing a sea change in dynamics processing, the analog Transient Designer and its plugin counterpart both use SPL's Differential Envelope Technology to produce level-independent dynamics processing. Unlike compressors, Transient Designer can transparently shape the attack and sustain characteristics of sounds no matter their level—jet engine-loud or whisper-quiet, constant or fluctuating—and without the need to fiddle with threshold, attack and release controls.

Now, with the release of the next-generation Transient Designer Plus, this venerated industry staple has become even more powerful. The new plugin has all the straightforward ease-of-use and speed of the original but adds potent new features that expand its uses exponentially.

More Powerful and Versatile
In Transient Designer Plus, the Output Gain control is placed before a new soft-clip limiter in the audio path. Say goodbye to lowering the fader for your track every time you boost the Attack or Sustain knob—the built-in limiter prevents digital clipping with all but the most extreme settings. But the limiter is also your ticket to pumping out bigger, more colorful and aggressive-sounding tracks. Crank the Attack and Output Gain controls on kick and snare drums with the limiter switched in, and your drums will sound louder, punchier and fuller with subtle distortion on peaks. A 10-segment LED-style ladder meter shows at a glance how much gain reduction the limiter is applying to the signal.

Parallel processing has also never been easier or faster with Transient Designer Plus, because the routing is all set up for you behind the scenes and controlled by one knob, the new Parallel Mix control. Get ready for full-bodied, in-your-face guitar tracks! Dial in over-the-top Sustain, then lower the Parallel Mix control to blend the supersize sound with the guitar's dry sound. It's the best of both worlds: bigger-than-life tone, but with detail, dynamic range and phase coherency flawlessly preserved.

Transient Designer Plus also adds powerful sidechain facilities that allow surgical, pinpoint processing that the original plugin and analog hardware could only dream of. On a submix for drums, switch in the internal sidechain's narrow bandpass filter and raise its center frequency to trigger enhanced attack on snare drum hits while leaving the kick drum virtually untouched. Setup is incredibly easy: A Sidechain Solo function lets you hear the filtered sidechain signal as you sweep the center frequency, homing in on your desired trigger in seconds.

Another extremely powerful feature in Transient Designer Plus is the new external sidechain input, which you can use to create ultra-tight grooves. Make kick drum hits trigger decreased sustain on a bass guitar track to firm up a loose rhythm section and make it pulse. Or make a staccato guitar track attack harder whenever Latin percussion instruments enter the mix. Your rhythm tracks will sound better than ever before.

New Undo and Redo functions—up to 32 steps for each—let you recover control setups you accidentally altered. Automate separate A, B, C and D plugin setups for verse, chorus, bridge and outro of your song to make every second of your mix sound perfect. Along with the new soft-clip limiter, Parallel Mix control and internal and external sidechain functions, these professional features make the Transient Designer Plus the most versatile, musical, potent and easy-to-use Transient Designer yet.

SPL hardware products can be found in the world's most renowned facilities, and have become a staple for audio professionals ranging from home studio owners to top mastering engineers. With the growth of computer based audio systems, the need for the SPL sound in plugin form has also grown. With Analog Code plugins, that coveted SPL sound is now available right inside your DAW.

Download the fully functional 14-day demo today to hear for yourself! (No dongle required!)

SPL Tansient Designer Plus : no joke !!