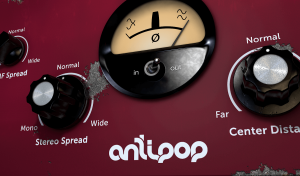 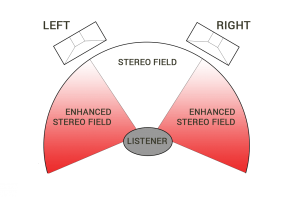 TeslaST: the best kept secret for larger than life mixes

TeslaST is an enhanced software version of a fairly unknown and quite expensive hardware stereo manipulator form the beginning of the 90s, known to make mixes sound huge, providing vast stereo field content.

TeslaST can be used as a stereo enhancer to increase a track's stereo field width to make it sound bigger and wider than the original, even placing the sound outside of the speaker's location. Used as a stereo manipulator, you can adjust the distance of the center and the width of the sides. And, of course, it's 100% mono compatible as well as works equally well in speakers or headphones. Here are some examples of what you can do:

This stereo enhancement technique was first used on the album ¨Baby¨ by the famous Swiss band Yello. By the mid 90s it was used on radio broadcast stations such as the UK's Radio One and Radio Four, live by artists such as Orbital, Moby, Carl Cox, Frank Sinatra and the Mills Brothers as well as in films such as Back To The Future 2 and Disney's Little Mermaid.

Nowadays, this technique has become part of the sound of great mixes by artists such as Fleetwood Mac, John Mayer, Coldplay, The Black Keys and Arctic Monkeys.

The original hardware is very hard to find, but there are some still in use in several important studios worldwide. The impressive stereo enhancement effect made this unit a very desirable piece of gear, but with a street price of close to US$6,000 in 1990, it was only accessible to big artists and studios. Several years later it was the inspiration for a variety of units from different manufacturers who took the concept in different directions.

TeslaST, our vision of the original unit, has been in development for almost two years, using three different reference units to achieve the best possible results. We have allowed for some improvements in order to better the stereo manipulation and provide mastering grade sound. Every meaningful stage has been modelled from the schematics, thoroughly matching by hand the behaviour of the TeslaST against the reference units, providing everything that makes the hardware unit so revered, while maintaining the clearest sound possible, therefore enabling it to be used as a mastering processor as well.

Impossible to reach this company via their website, Cannot even register on there to speak to someone.

A youtube video showing this thing in action would be good before downloading.

Yeah, that's exactly my opinion. As example what it means under Copy Protection: Customized Per Customer ??? Serial, C/R, USB Keys, what ?

A contact email adress, an account without Wordpress and some words about the company or who they are. Nothing.

This is a basic Mid/Side encoder/decoder. It's bordering on being a scam. Stay away and go get the free Voxengo MSED instead.