Vintage Folk Rock Kit - Drum Replacement Pack by Drumdrops is Soundware (e.g. samples or presets that load into other products). 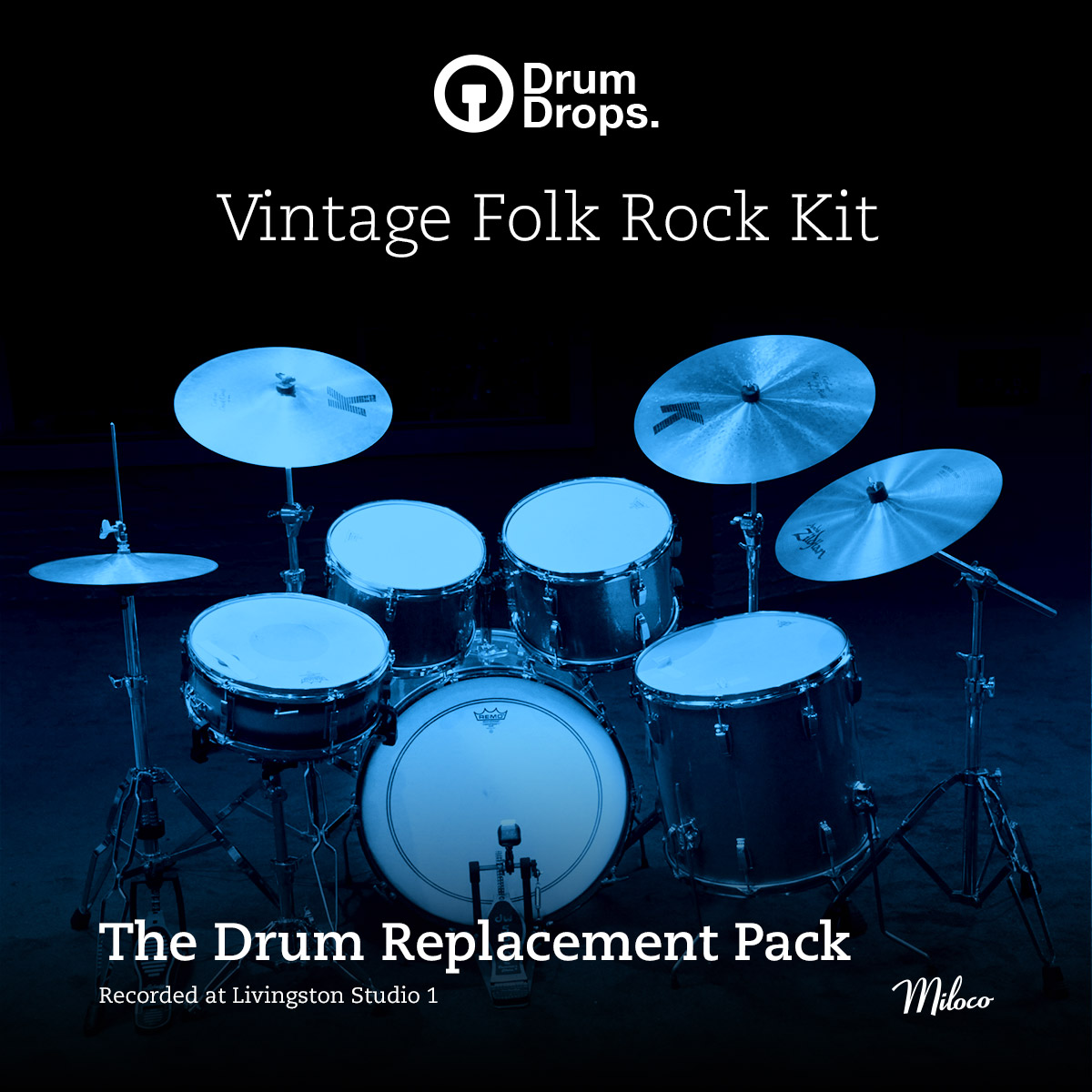 The Vintage Folk Rock Kit drum replacement pack is perfect for vintage, folk or indie rock tracks with a 60s / 70s drum sound. These samples were recorded and mixed by the legendary Phill Brown (John Martyn, Bob Marley, Rolling Stones, Talk Talk, Led Zeppelin) whose indepth knowledge of recording bands in these years helped mould the sound of the kit. This kit is in fact not just one kit but three kits in one as we have recorded the articulations with sticks, brushes and hotrods.

The kit was recorded in the drier sounding room at Livingston Studios in London (we saved the brighter room for the Modern Folk Rock Kit which is coming soon). Although the sound is controlled, it has a great ambience around it. Livingston has been used to record a multitude of hit records over the years and is well known for being one of London's top drum rooms.

The Slate Trigger patch has been created using the close mic, overhead and room mic samples from the kit. There are samples for the kick drum, snare and toms. The samples in this patch have up to 24 velocity levels and six round robins totalling 8900 samples. The samples come in the tci format.

The Drumagog 5 patch uses the same samples and you can choose the balance between the close mic, overheads and room mics. This patch uses up to 8 velocity levels with four round robins totalling 2688 samples. We have included samples for the Kick, snare, toms and hi-hat. If your version of Drumagog contains the Auto hi-hat tracking feature then the samples will follow the opening and closing of the hi-hat. The samples come in the gog format. We have also included a patch for Drumagog 4 which uses 332 samples.

The DrumXchanger patch contains stereo mixed samples (a combination of the overhead, room and close mics samples). This patch contains eight velocity levels with no round robins totalling 121 samples. The snares also contain a rimshot sample that have their own adjustable trigger threshold. The samples come in the splx format.

The Drum Replacement Pack of the Vintage Folk Rock Kit is available exclusively from the Drumdrops store for £ 12.50. Head over here to find out more.