Zero-1 Synth by Divergent Audio Group is Soundware (e.g. samples or presets that load into other products). 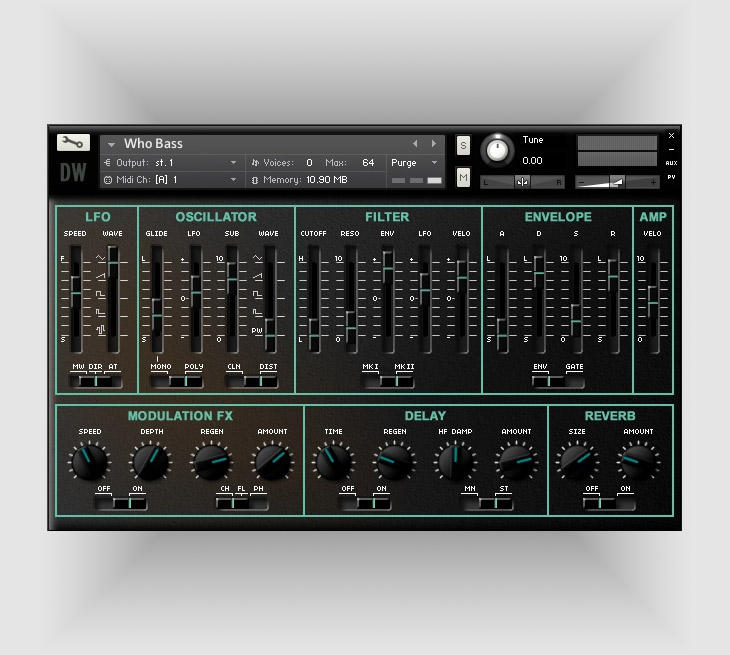 Zero-1 is in essence a single oscillator virtual analog synthesizer (VA) loosely based on the CS01 monosynth which was released in 1982 as an affordable entry into the world of analog synthesis... but with a twist. Rather than simply sample the basic DCO oscillators from the original instrument I thought it might be more interesting to first pass them through a tube overdrive and Watkins Copicat tape delay.

Mangling the raw oscillators in this manner injected a significant amount of character and movement to the original waveforms – even the splice in the tape loop adds something. Five oscillators were multi-sampled in 24-bits in this manner: triangle, sawtooth, 50% square, 25% square and PWM.

Switchable Filter Emulations
One unique feature of the Zero-1 is the ability to switch between a Mk I and Mk II CS01 filter emulation. This selects either a 12dB/oct or 24dB/oct filter and changes the livery of the control panel to match the original variants – a flash of genius by Stephen Howell at Hollow Sun.