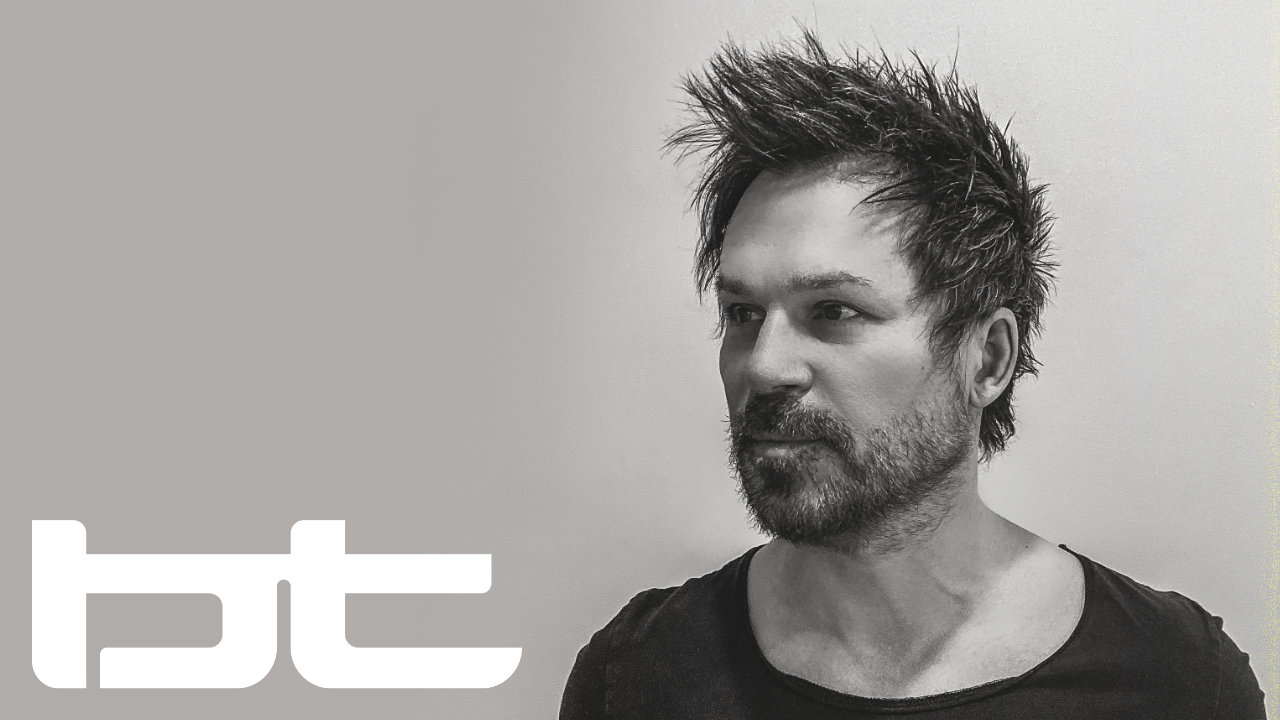 BT is Brian Transeau, a Grammy-Nominated film composer, technologist, multi-instrumentalist, and songwriter. He is a pioneer of the Trance and IDM genres and has written and produced for Death Cab for Cutie, Peter Gabriel, Howard Jones, Tiesto. Depeche Mode, Armin Van Buuren, Sting, NSYNC, Blake Lewis, The Roots, Madonna, Britney Spears and more. BT is a classically trained symphonic composer, arranger and orchestrator. He has composed full scores for films such as the Oscar winning Monster starring Charlize Theron, The Fast and the Furious, Solace starring Anthony Hopkins and the critically acclaimed Amazon television show Electric Dreams.

As if that wasn't enough, BT has also created a slew of widely adopted plugins that are heard on the radio and in films every day. Stutter Edit has been used in Star Wars, Stranger Things and #1 Country records. His other plugins Phobos and BreakTweaker can be heard in innumerable feature films and productions.

We caught up with BT to discuss some of the essential VST plugins that he relies on daily within his projects. 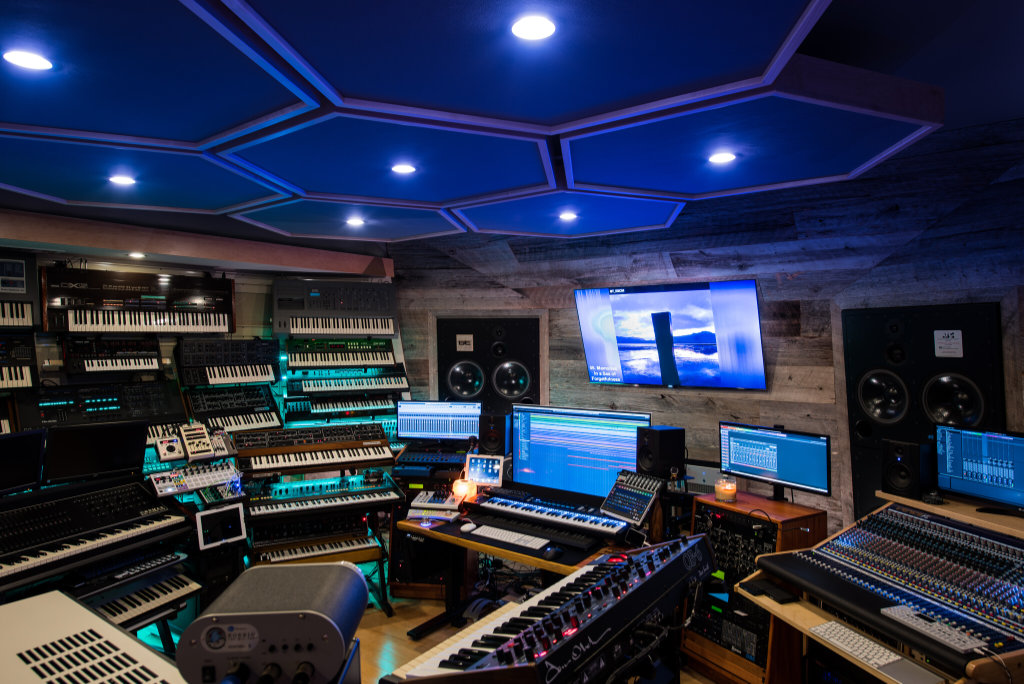 Life changing get "this" sound out of the way of "this" sound plugin. It's cheating this plugin to use for the kick bass relationship. Don't get me wrong that is amazing too, but man, for say piano and a vocal or complex synth arrangements, this plugin is completely and totally life changing. 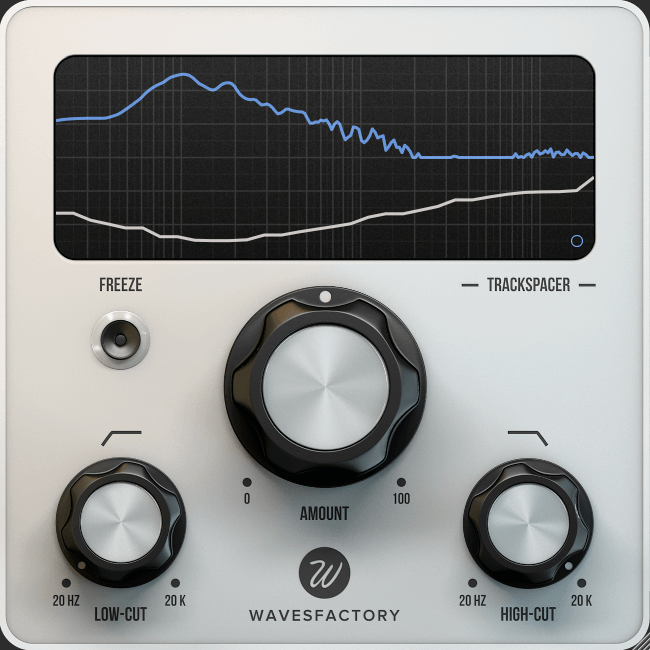 Trackspacer is an award-nominated plug-in that creates space in a mix by carving the frequencies that the main track needs into another track in real time. Trackspacer is no ordinary plug-in, it is similar to a sidechain compressor plug-in but much more powerful and transparent. It's considered a secret mixing weapon by many artists, producers, and engineers.

I would call this a secret-weapon plug-in, but the word is hereby out! TrackSpacer is a ridiculously affordable, easy way to get various elements of your mix to interact in useful and musical ways... Final words: buy it! It works!

The Trackspacer plug-in features a 32 band EQ that reacts to the incoming sidechain signal. It analyses the spectrum of the sidechain and applies a reversed EQ curve to another track. As if by magic, Trackspacer creates space for the primary track by cutting the exact frequencies on other tracks. No more fighting for space for the vocal in a mix, or any other instrument for that matter. If you have a solo that needs to room to breathe then Trackspacer makes the task easy – complicated automation moves on your mix are a thing of the past.

With the introduction of version 2.0 the Trackspacer plug-in got a host of improvements including M/S or L/R modes whereby you can apply the effect only to the mid-channel, the sides or anything in between. With the attack and release controls, you can set how Trackspacer reacts to the incoming signal and how it processes it, making it smoother or punchier like a regular compressor plug-in.

Fixes anything (literally) from sibilant vocals to a modular mayhem. One of the best plugins ever made. 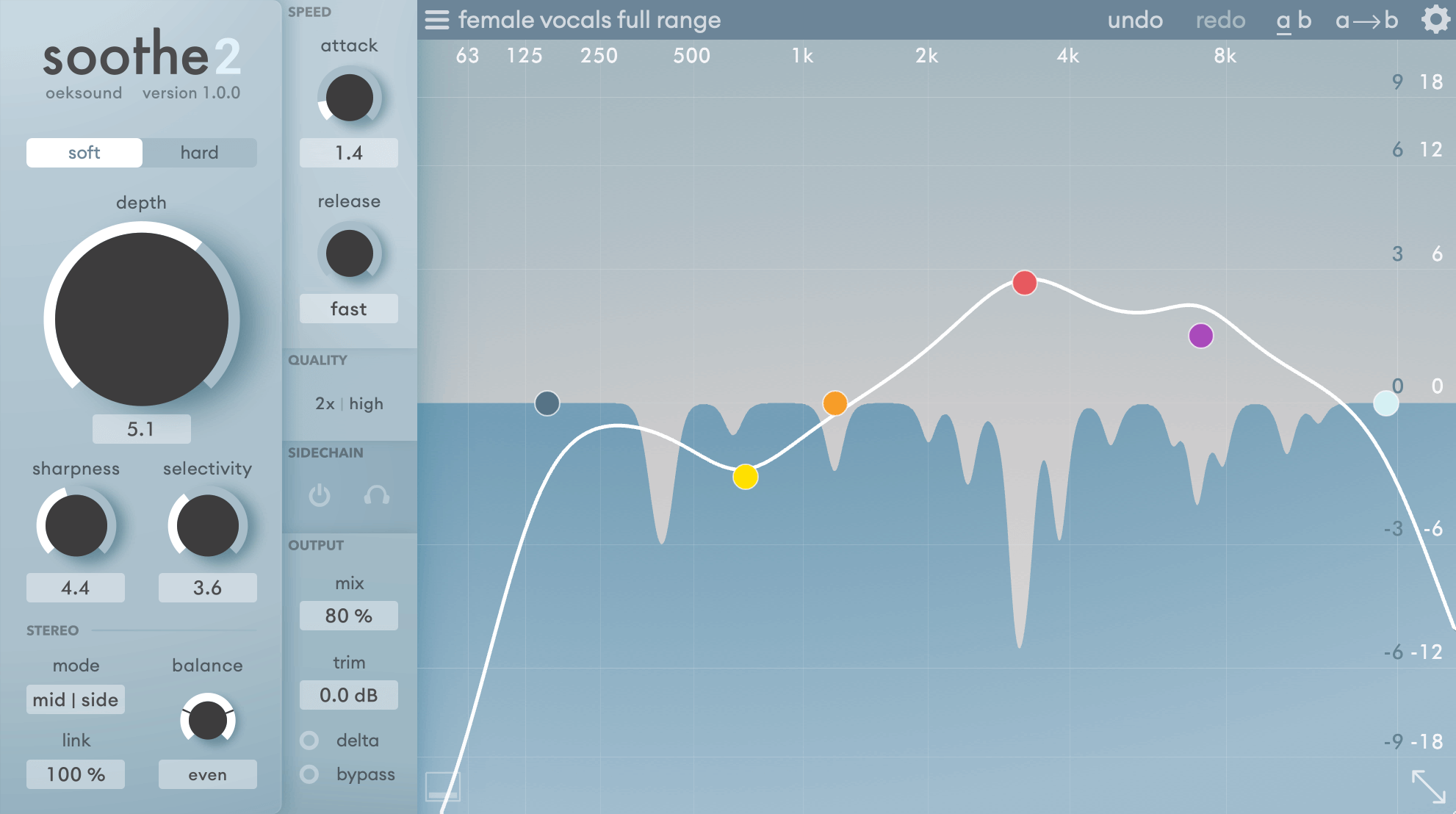 Soothe2 is a dynamic resonance suppressor. It identifies problematic resonances on the fly and applies matching reduction automatically. This results in a smoother, more balanced sound and saves you from having to notch out the frequencies by hand. The reduction kicks in only when and where needed without affecting the nearby frequency areas. This preserves the timbre of the original sound source and results in transparent treatment with minimal artefacts.

Soothe2 can be used to reduce harshness, sibilance and mud from the sound source, and excels in fixing a range of problems. Saving you time and effort in audio work, it is equally at home on individual tracks and on busses. It works wonders on anything from sound design and post-production to the most demanding mastering applications.

With version 2 the algorithm has been redesigned from the ground up to improve sound quality, performance and flexibility while retaining its ease-of-use. The new soft mode is a more transparent and easy to use approach for most cases, while the hard mode lets you hone in on extreme resonances and energy build-ups. Where the original plug-in was targeted towards mid and high resonances, soothe2 pushes the frequency range all the way down to 20 Hz. The improved precision on low frequencies opens up the possibility to treat muddiness and rumble, and effortlessly balance low end resonances.

Soothe2 is a result of years of research and development. It combines novel heuristics for finding resonances with advanced filtering techniques to minimise degradation of the signal quality. The process is free from pre-ring, crossovers, and summing artefacts commonly found in dynamic equalisers and multiband compressors. The algorithm has been carefully tuned by ear to provide musical results that are hard to unhear.

Yes my own creation and yes literally can't live without it. I used to spend thousands of hours doing these techniques by hand, now as simple as click of the keyboard and - news flash - it's a blast to use as an idea generator on vocals, bass, drums - you name it. 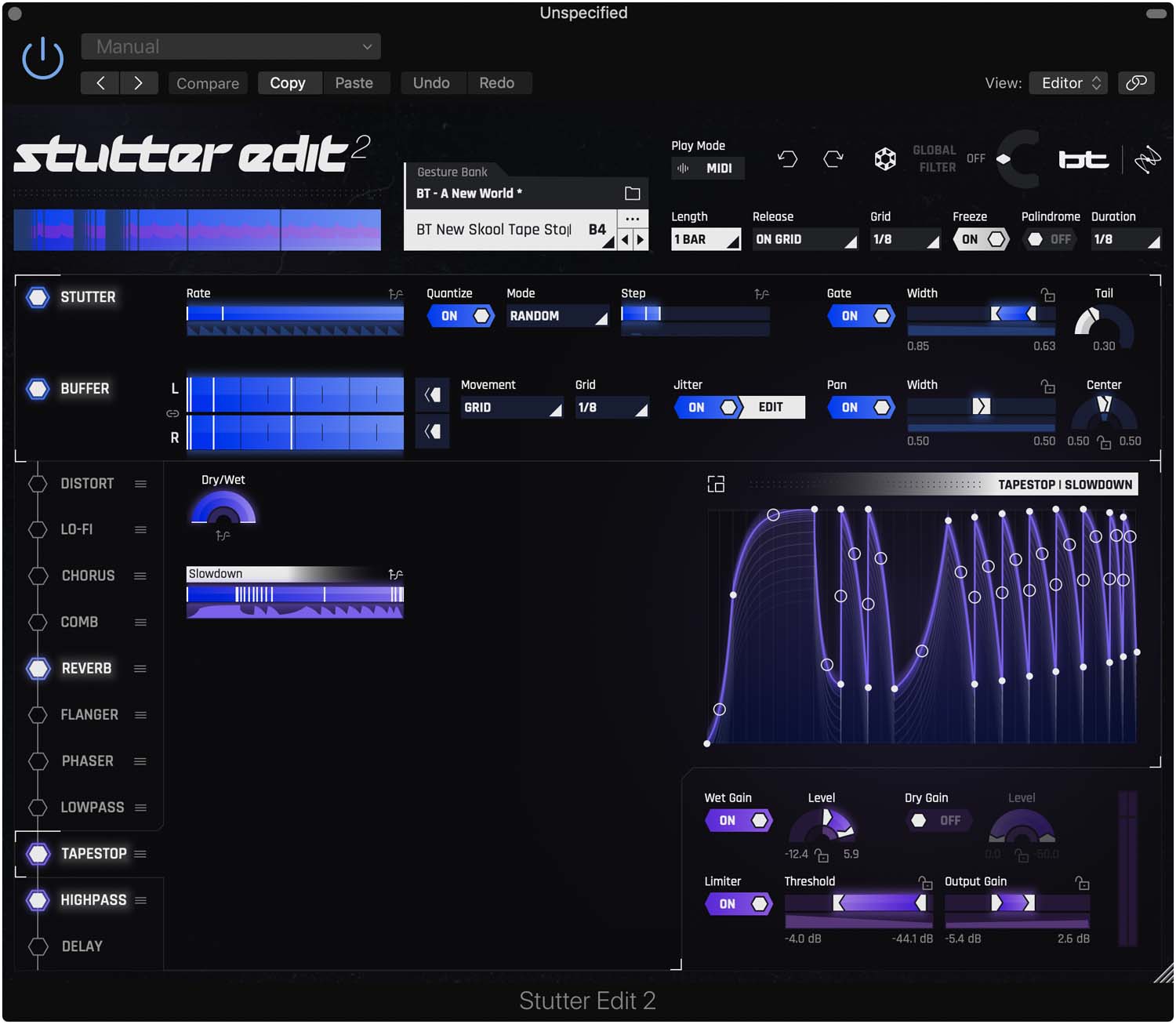 Stutter Edit 2 creates the famous "stutter" editing effect with one button, slicing audio into small fragments and sequencing the pieces into razor-sharp rhythmic effects, recreating techniques that previously took hours to perfect in a studio.

In addition to the stutter effects, performers and producers can juggle between a multitude of rhythmic gestures to build tension and create dynamics, both in live performances and studio arrangements. This new version offers an easier setup experience and a greatly expanded suite of effects that give access to near-infinite combinations of sound. With new AUTO mode, users can add sounds to mixes without routing or easily connect a MIDI controller to access multiple gestures at once. The new version also includes an upgraded Distort module and new Comb, Chorus and Limiter modules, a new Reverb module from BT's personal collection, along with a suite of 11 effects. Every parameter in Stutter Edit 2 can be set to move in time with the gesture, letting users create everything from automatic pans to jumping reverb effects and more.

BT is widely recognized for pioneering the "stutter edit" as a musical technique. He originally designed iZotope's Stutter Edit software to help automate his painstaking process for breaking audio into impossibly small fragments and using them for new sound synthesis.

My end all be all drum computer. Isorhythms - yes, micorrhythms - yes. Can't program beats without it. 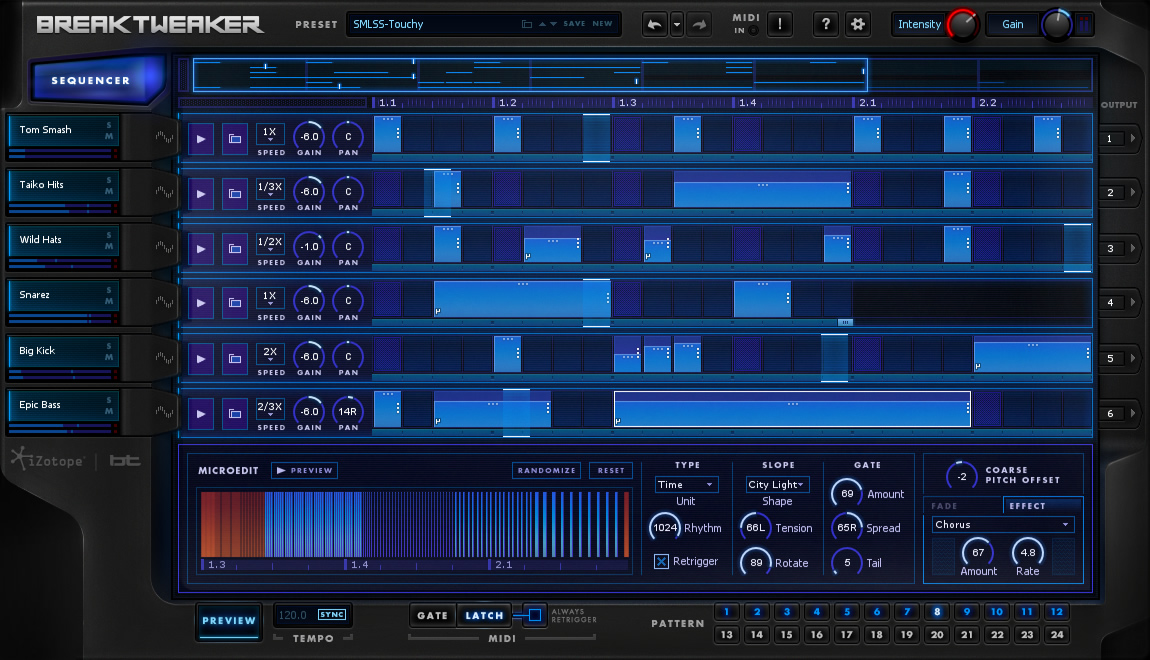 iZotope and GRAMMY-nominated composer and technologist, BT, combined creative forces to bring you BreakTweaker, a drum sculpting and beat sequencing environment that "blurs the line between rhythm and melody".

Powered by three distinct modules, the Sequencer, the Generator, and a futuristic MicroEdit Engine, BreakTweaker is a creative rhythmic instrument that can be used with any DAW and MIDI controller. Perfect for anyone looking to create truly original and dynamic beats, it's a new platform for rhythmic composition.

from any RX ADV or RX PPS

from any advanced product

from any paid iZotope product

Photoshop for sound. There is my music before RX and after RX. For film composition it's completely transformed my workflow. Every stem I print here is meticulously RX'd. For sound design, I don't know what to say - it's magical. I use it I'd say 4+ hours a day since v1. It's my secondary audio editor for all the DAWs I use. 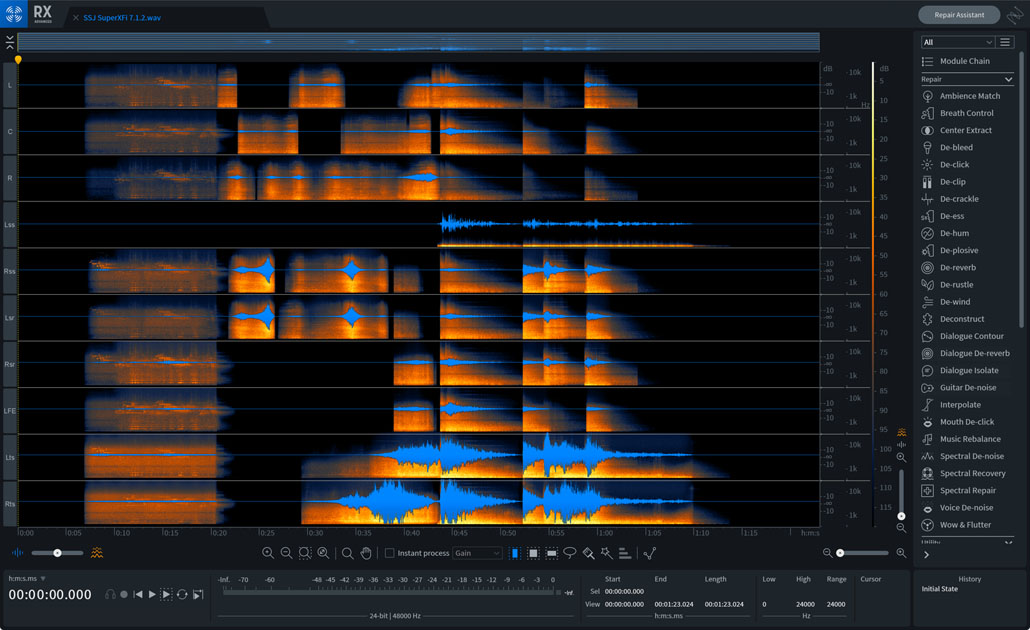 RX has long been the go-to audio repair and polishing suite for film, television, music, podcasts, video games, sample libraries, and more. With RX 8, we've created new tools and improved beloved modules to help you accomplish more in less time than ever.

Valhalla Delay and Room - my fav reverb and fav delay.

ValhallaDelay has been designed from the ground up to emulate classic tape, BBD, digital and pitch delays, while expanding their sonic capabilities.

A lot of thought went into the ValhallaDelay controls. The GUI has all the controls you need for a versatile delay, while leaving out unneeded controls, so that the interface is quick and easy to use. All controls are on a single screen – no hidden tabs or menus. The goal is to create a tool that you can learn quickly, so that you can get the sounds you want and get your work done. 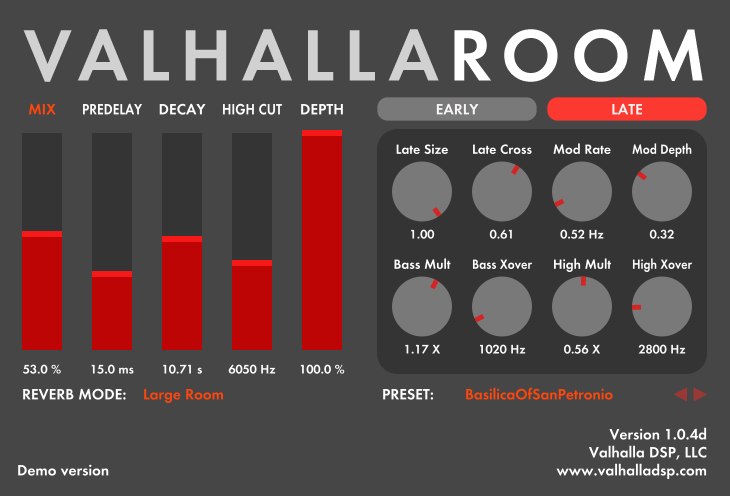 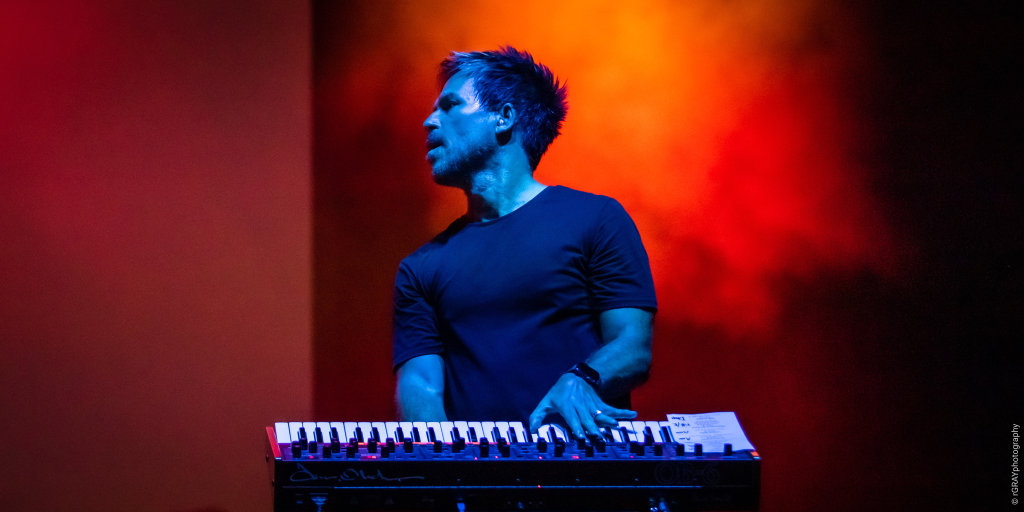