Voting for the KVR Developer Challenge 2021 is now closed and it's time to announce the winners!

Once again, thanks to everyone who has entered (and donated, and who will donate). Donations will remain open for a further week (until August 17th, 2021) so if you've been holding off donating until you see who won, now is the time.

The 37 entries will of course remain available for download, for free, for everyone, at: kvraudio.com/kvr-developer-challenge/2021 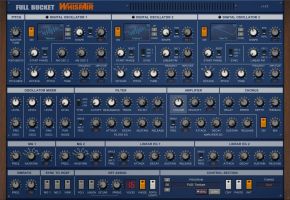 As a cross-platform release, Full Bucket Music takes the lion's share of the prize fund (60%).

The Runner-Up - GR-8 by Phuturetone 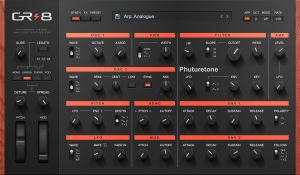 Taking the runner-up spot, GR-8 by Phuturetone, is an 8-voice virtual analog synthesizer with built-in effects and an arpeggiator, again for macOS and Windows (VST3 & AU).

Well done Phuturetone, 20% of the final prize fund is heading your way.

In third and fourth places, separated by just a few votes, are Full Bucket Music's second entry, a Grain FX plug-in called Grain Strain, and FKFX Influx, a Sequenced Resonator Distortion plug-in by FKFX. Both are available for Windows and macOS. The top 5 is completed by Laras Composition, a Java Music Composition Tool by Heri H. Hasyim.

As an interesting processor / effect plug-in, which received more 5s than all but the top two entries, we have decided to award the Wildcard Winner position to FKFX Influx by FKFX, a Sequenced Resonator Distortion plug-in for macOS and Windows (VST2, VST3 & AU).

We'll finish up by repeating our thanks to everyone who entered, voted, donated or just enjoyed the KVR Developer Challenge 2021. Maybe we'll do another in 2022...

Donations will remain open for a further week (until August 17th, 2021). The winners will be contacted to receive their share of the prize fund shortly after.

Congrats to the winners, certainly, and all participants for your creative efforts.
The KVRDC has provided me with several plugins of enduring value that have stayed in my plugins folder over the years.