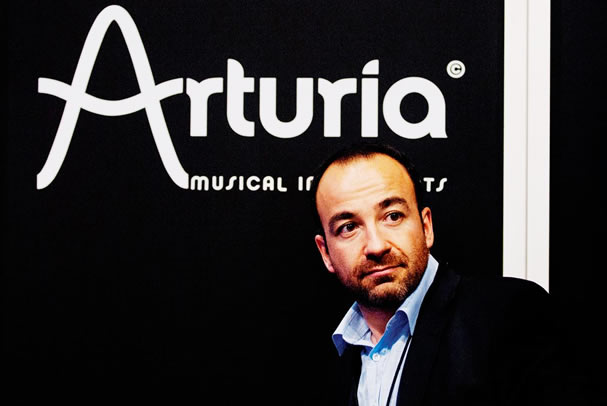 This is the first of a series on technology crossover and what it means for some of the people who make musical instruments. It is relevant to the KVR community because there is a plug-in component to each story.

Let's define "technology crossover" as individuals and companies moving outside their comfort zones and core competencies into new areas, either in search of new business to grow their companies, or protecting their core businesses from various disruptions created by technology.

I've chosen five different companies of note that have done this:

On one end of the spectrum Arturia has made a well-deserved reputation creating software plug-ins, so why would they want to start developing and manufacturing hardware...?

On the other Peavey Electronics has a long history of innovating in manufacturing so how could they make a difference in software technology with the ReValver plug-in?

Perhaps no company has been more profoundly affected by Apple's entry into the music products market than MOTU. So how have they survived? The answer is diversification...

East West was founded by studio recording engineers who built their company developing high quality sampled instrument libraries. What made them decide to develop their own software platform (PLAY), a totally different discipline from sampling instruments?

And most curious of all the Avedis Zildjian Company was founded in 1623 and after 388 years is entering the software market with their Gen16 product. What's up with that...? 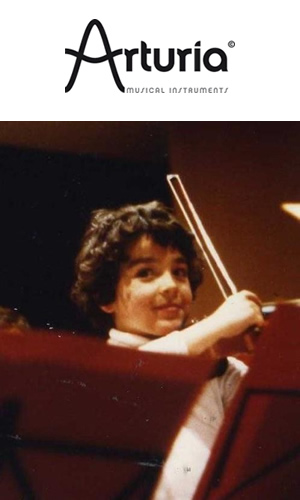 First up is Arturia:

Based in Grenoble, France, Arturia was founded in 1999 and has distributed a string of successful software products. A few years ago they announced Origin, a hardware product that used off the shelf DSP to run Arturia's synth models that had been running on computer CPUs. It was a huge undertaking that involved both the porting of their software to run on the DSPs and developing and manufacturing a complex hardware product.

Why would they do this...? Especially when their expertise up until that time was all in software.

There are several obvious reasons: Hardware is, well hardware. It can't be pirated and the developer can completely control how the user interacts with it. But there are also great financial risks involved. You can't just compile the code and send it out there as a download and fix problems with a x.1 version like you can with software. You have to get it right the first time and if it doesn't sell you might be stuck with a warehouse of unusable metal parts.

Frederic Brun, co-founder and CEO, started with the violin at the age of 6 so his musical background has been primarily classical music. While studying physical chemistry at Grenoble University he got involved in the University Orchestra. The conductor was Gilles Pommereuil another student, who specialized in Computer Science.

After graduating from university Frederic got a degree in Business Law from the Sorbonne University, while Gilles went to IRCAM, the Paris-based research institute and earned a master in Music Technology. They started working together on the Arturia project while they were still students in their respective institutions. Gilles was the technical head and Frederic looked over business aspects.

What was the initial inspiration to go against the trend and develop your own hardware? 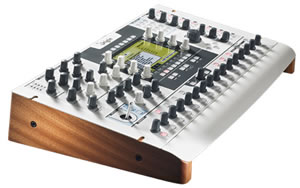 It was a mix of different things. At the time we released the Moog Modular V, some musicians contacted us and asked if we could have our algorithms ported into a Hardware machine. I believe most of them were still really into the Hardware paradigm. But they directed our attention to a few facts: 1/ we could probably get more power from a dedicated Hardware platform than from a computer 2/ we could create a user-experience that would be different from a computer-based product, with more direct control and immediacy.

In parallel, we were seeing a lot of piracy on our Software, and we wanted to find ways to solve this problem.

What advantages have you gained?

Our Hardware products offer a different experience than Software. It is obviously much more "hands-on" and musicians like that. As we all know, a generic controller or a mouse is not the same thing as playing on a Hardware synth or a hybrid solution like Maschine or Spark.

Beside that, seeing no more piracy on our products is nice. We can also sell to countries where they would never buy a piece of Software but would be ok buy a piece of Gear.

How important is it to have total control of the hardware that your software is supporting?

I think companies like Serrato or Ableton could partner with very good Hardware companies and get most of the benefits of HW/SW integration. They've been smart in that regard - even if they probably have to compromise on some other aspects.

In our case, Origin was a truly Hardware machine and we could not externalize the Hardware part. We had very clear ideas about what we wanted and we had to execute the plan ourselves.

Clearly now, with the experience we built, we are in a better position to take benefit of the HW/SW integration on our own than we would do with another company. This is true for our Analog Experience Series, but also for Spark. We can make compromises where we want and emphasize quality where we think it's needed.

Given that previously Arturia's expertise was in software how did you develop the infrastructure to develop and produce complicated hardware?

Being honest, doing Hardware Instruments was much much more difficult that we thought it would be. It is also true that, with Origin, we decided to build a very advanced instrument, which did not help.

With Hardware everything changes. You need more money to finance projects and productions. You need to handle support and maintenance differently. You have to plan productions very much ahead... Projects themselves are much more complex. Not only you have to develop software, but also work on electronics, mechanics, Electro-Magnetical Compatibility, industrialization toward the factories, ... Frankly this is quite difficult and I believe that being much more dependent on the factories is, in the end, what makes it very critical. Cash-flow is also a key thing, because stock is expensive with Hardware.

Any advice you would like to offer someone considering a similar path?

If I were to give a piece of advice about moving into Hardware, it would be "think twice". Hardware is great, but on the other hand, some companies like Ableton or Spectrasonics do great with Software-only. Their marginal cost looks better and every time they sell one more unit they get great margin. Now I know how tempting getting into Hardware can be. So if you feel like doing it, just move ahead.