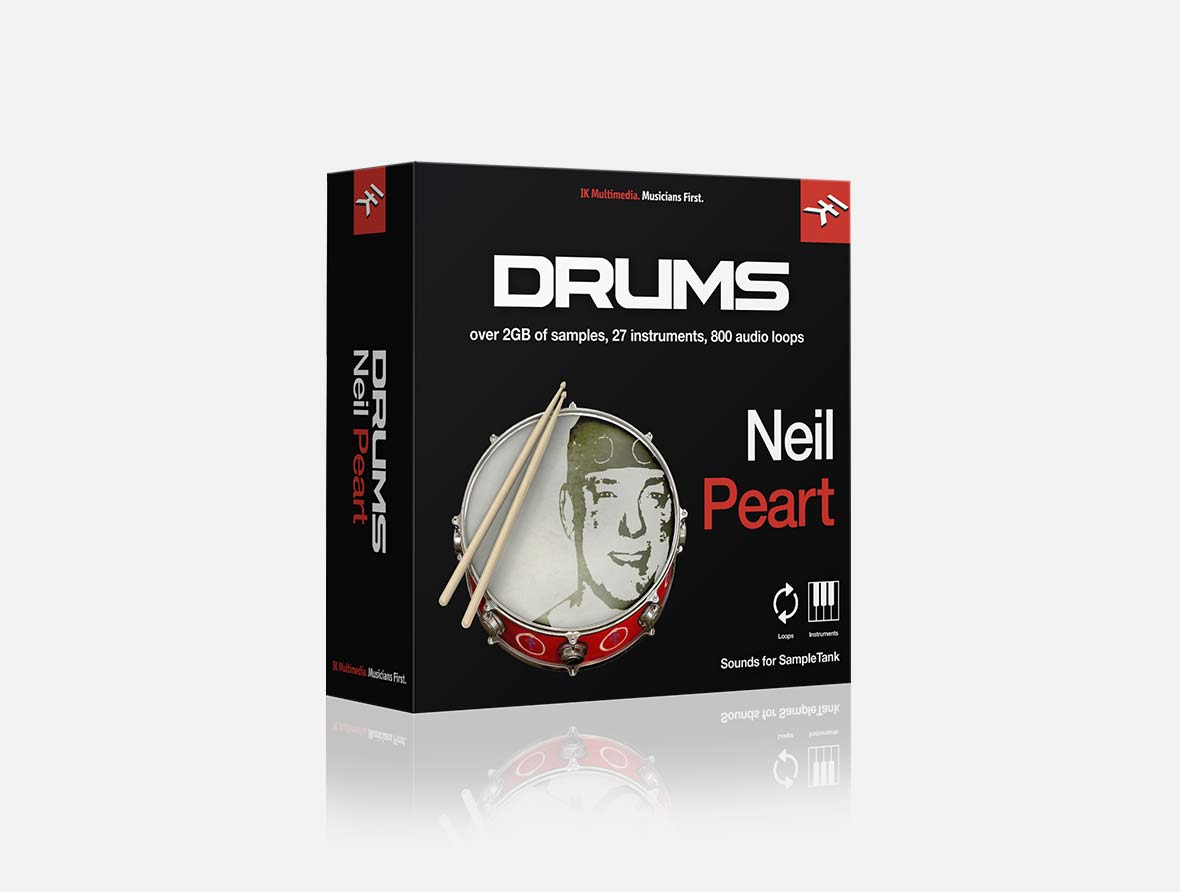 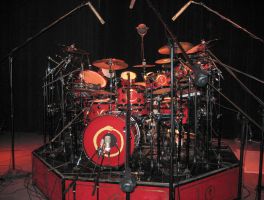 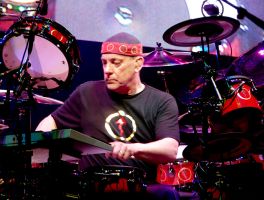 Now put the sounds and grooves from legendary RUSH drummer Neil Peart into your recordings.

Neil Peart Drums sound and groove library for SampleTank is a new meticulously recorded SampleTank instruments collection that includes over 2,000 drum samples and more than 800 audio grooves played by Neil Peart, the legendary drummer of the iconic Canadian band, Rush, recently inducted into the rock and roll hall of fame.

Neil Peart Drums was recorded by recent Rush producer, Nick Rasculinecz, along with IK US founder and executive producer, Dave Kerzner. No expense was spared in miking this highly stylized drum kit, the actual set played by Neil during Rush's "Snakes and Arrows" album and tour.

Every nuance of the kit is captured with 8 velocities per drum using as many as 8 round robins per velocity. In addition to the full kit instrument, you get individual SampleTank instruments for his kick drums, snare drums, toms, hi-hats, ride cymbal and crash cymbals so that you can customize the sounds, adding effects and perform individual instrument processing on each element using multiple parts in SampleTank. Add some extra compression to the kick drum, a little more reverb to the snare drum, some high-end sizzle to the hi-hats, each without affecting the other elements of the kit.

All of the drums are mapped using an extended General MIDI mapping so you can mix-and-match kit elements from the Neil Peart Kit with elements from other SampleTank factory drum kits or other additional SampleTank instruments collections like the Billy Cobham Kit.

Neil Peart Drums also includes audio grooves played by Neil in the style of many of his favorite Rush songs. There are 17 instruments grouped as "songs," complete with grooves, fills and accents and each at its own tempo. And thanks to SampleTank's STRETCH engine, you can easily change the tempo of the audio grooves to match your recording without affecting the pitch of the drums.

Neil Peart Drums is perfect for rock, metal, jazz fusion, pop and nearly every kind of music where you need a clear, expressive punchy drum track that is well-articulated at every velocity.

So add legendary "rock & roll hall of fame" drum sounds to your next recording with the new Neil Peart Drums for SampleTank.