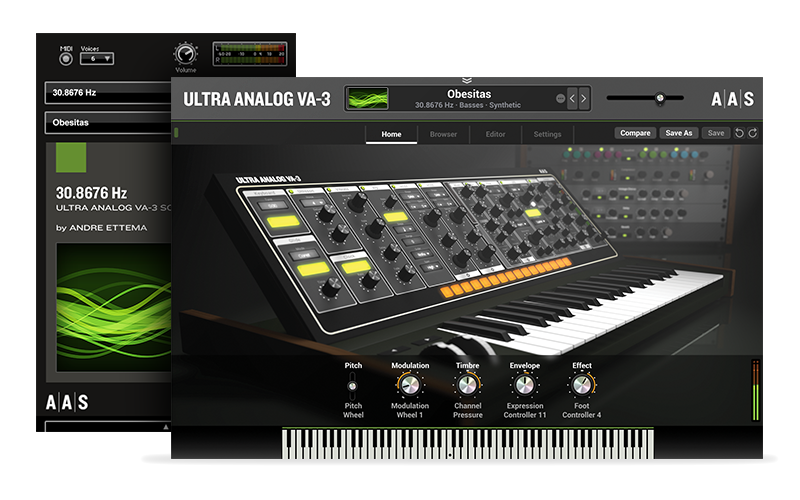 The 100 presets of 30.8676 Hz flirt with the limits of your auditory abilities. Split in two, the Movements presets make heavy use of the arpeggiator for some ferocious thumping action while the Stills presets get you your dose of fat, snoring, and wobbly analog goodness.

André is the founder of The Solos, and a composer and creative sound designer specializing in movie trailers and advertising campaigns. Recent credits include the blockbusters The Transformers, Iron Man and Wolverine, and tv spots for British Airways, Nike and Audi. He also worked with artists such as Scissor Sisters, Madonna, and Justin Timberlake.

Prior to The Solos, André collaborated on records for a diverse range of artists – most notably Tom Hulkenberg (aka Junkie XL) as an audio designer and synthesizer programmer. In 2006 André started AME music, an Amsterdam-based company that specialized in music and creative sound design for film, advertising, and trailers. AME's portfolio included Native Instruments, Applied Acoustics Systems, EA Games, Lexus, and Citizen, amongst others. AME Music was dissolved into The Solos in early 2016.