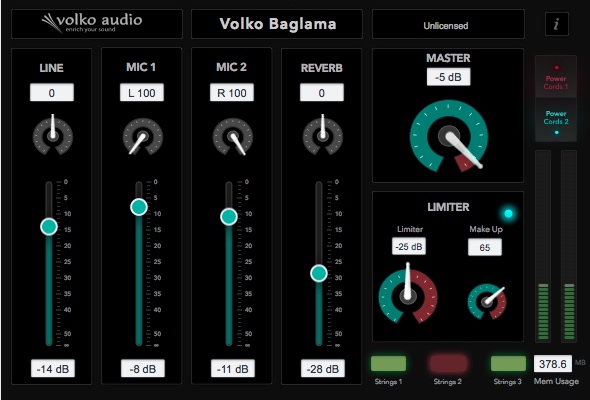 What is it?
WorldEthnicVolko AudioVolko Baglama
Format(s)
Operating System Availability
License & Installation Method
Voucher / Code for redemption on other website
What does this mean?
For related news items, downloads and more please see the full KVR product page for
Volko Baglama

Volko Baglama, or "saz", is a Turkish folk instrument with a history of approximately one thousand years, starting from the migration and spreading of Turks in Anatolia. For centuries, bards have reflected the emotions of the public through baglama, and it has become one of the most noble of instruments as it evolved during the performances of the artists in the traditional weddings. Meanwhile, the instruments popularity spread from Asia to Anatolia, to the Thrace and even to some parts of the Europe.