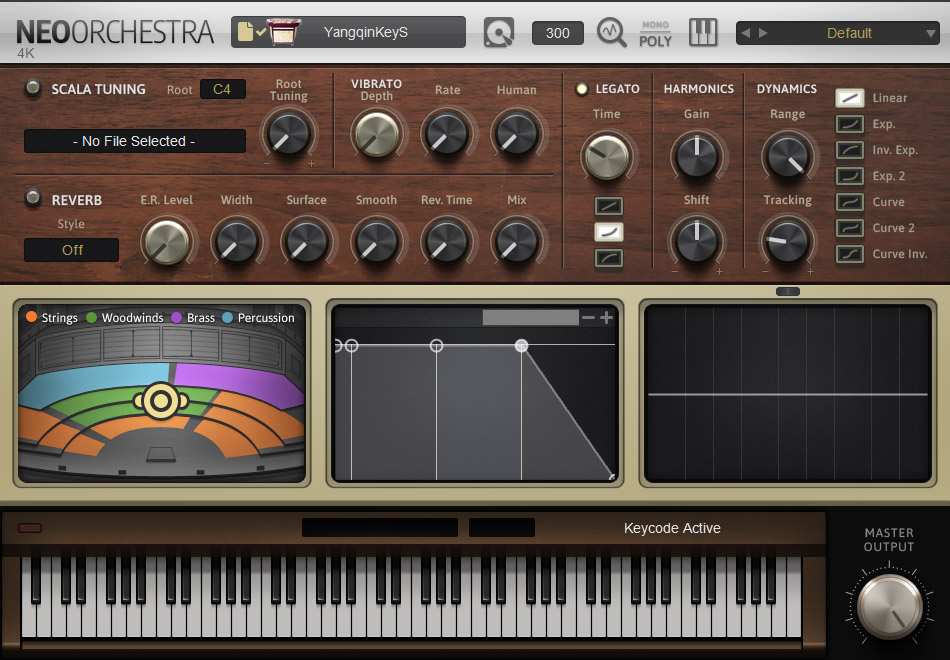 The trapezoidal yangqin is a Chinese hammered dulcimer, derived from the Iranian santur. It used to be written with the characters 洋琴 (lit. "foreign zither"), but over time the first character changed to 揚 (also pronounced "yáng"), which means "acclaimed". It is also spelled yang quin or yang ch'in. Hammered dulcimers of various types are now very popular not only in China, but also Eastern Europe, the Middle East, India, Iran, and Pakistan. The instruments are also sometimes known by the names "santoor" and "cymbalom". This instrument had an influence on the Thai classical instrument, known as Khim.

This deeply sampled 3GB Library is the most detailed sampled Yangqin ever. And by using the latest hybrid modeling technology, it can also represent glissando, vibrato, bending and harmonic more vivid than other sampled instrument. The playability from modeling technology enables it to change timbre real time during playing, and this gives the sound more varieties and expressive than sampled instrument. What is more, we also include different playing noise inside the library so it can achieve a result you cannot even differentiate from the real ones.