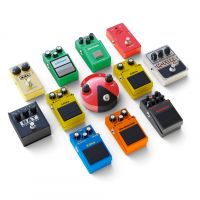 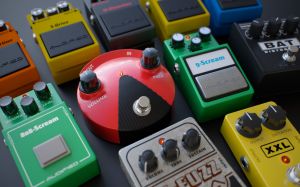 MultiDrive Pedals Pro is a set of 12 legendary stomp boxes in a plugin. The new improved Pro version offers even better sound and features than the original version. With 32 presets chosen by guitarists, the Pro gives you many options to kick up your sound.

Audified say "As you may check here, Audified celebrates 20 years of development under brand names DSound, Audiffex and Audified. One of our first products was a set of Stomp Boxes. From the beginning, we were company focused on guitar software. GT player – our first guitar focused product was selected by M-Audio for their guitar bundles and was very successful."