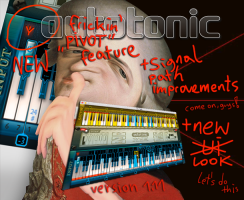 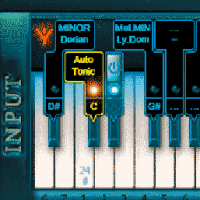 AutoTonic – Modal MIDI Transposer has been updated to v1.11.

This release introduces a new Pivot Key Switching feature, a unique technique to assign custom shortcuts to your white keys, so you can transpose now even 'on-the-fly', while playing, by the use of single keys, key patterns or subsequences of keys. The update also includes important bug fixes & signal path improvements, as well as changes to the UI (more functional color codes).

A unique new technique – that really feels *like magic* – and which has just became possible with this update, is Instant Pivot Chord Switching. Simply set the "DELAY feature" to compensate for any computing latency on your white keys and you'll be able to hit instant chord patterns that will already appear transposed on their first triggering. In the Update VLOG (below) you can find me at 8:20 explaining this feature more in depth.

this plug in is amazingby Calenberger @ 20:35 in InstrumentsAmple Sound Acoustic Guitars - Or Native Instruments Acoustics Which One?by metaside @ 20:34 in Instruments

Continue this sentence with song lyricsby vurt @ 20:27 in Off Topic Classics