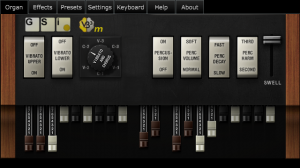 GSi has released VB3m for iOS and Android, the mobile version of the renowned VB3 tonewheel organ simulator.

VB3m is based on the tonewheel engine of VB3 version 1.4 with a new digital reverb and a two-band stereo EQ.