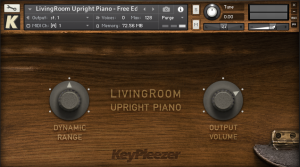 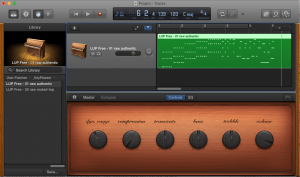 KeyPleezer has released LivingRoom Upright Piano Free Edition, a multi-format lite version of the complete edition of the instrument, currently in production for Native Instruments Kontakt sampler. The instrument is a virtual character upright piano that has been sampled from a Swedish large-size upright piano. The free edition consists of 1.5GB of full length 24-bit / 44.1kHz .wav samples.

A very intimate uptake of the large-body piano sound with lots of detail and clarity make up this character upright piano instrument. Our complete edition was recorded in 3 close microphone positions. The sounds for this free edition were selected from the first microphone position - above keys close to hammers.

For Kontakt a separate NCW version is also available, including only .ncw (lossless compressed audio) sound files which is lighter in size at around 700MB.

LivingRoom Upright Piano Free Edition can be downloaded for free via KeyPleezer's website at keypleezer.com/livingroom-upright-piano/free-edition

"All white keys were included...", what does that mean? The free instrument has no black keys?

Hello. The instrument has all keys active like any instrument (of course sound comes for all keys when you play), but the sample pool are from the white keys only on this free edition. That means that some sample zones are stretched over 2 notes to cover the entirety of the keys on all octaves. Kontakt in particular has a great pitch technology and we set this instrument to use the highest quality pitch shifting for all keys where overlaps occur.