KResearch has announced that it has renamed the freebie KR-Delay to KR-Delay FS and released version 1.1 for Windows and, for the first time, Mac OS X Universal Binary in VST and AU plug-in formats. 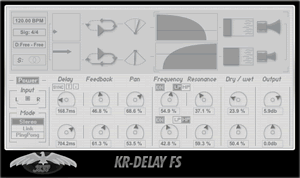