At AES, New York, Lexicon has introduced its new PCM Native Reverb Plug-In Bundle. For over 35 years Lexicon has been considered the golden standard of digital reverb and effects processing and has continuously introduced leading edge technology for the audio industry. After years of research and significant advances in computer processing speeds, Lexicon has developed the PCM Native Reverb Plug-In Bundle which provides seven legendary Lexicon reverb algorithms that are designed to deliver the highest level of sonic quality and function, and offer all the flexibility of a native plug-in. 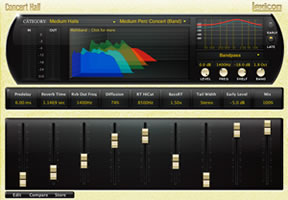 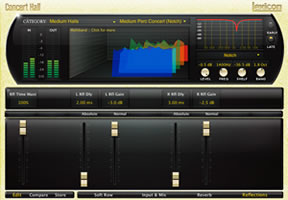 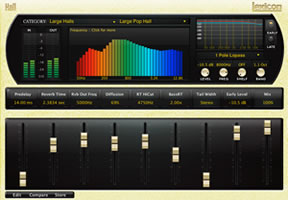 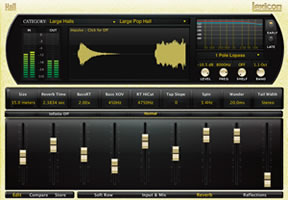 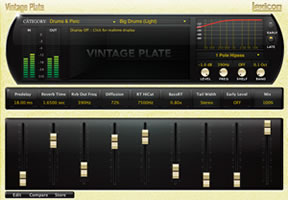 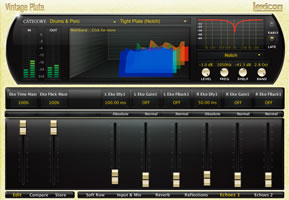 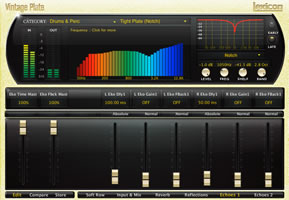 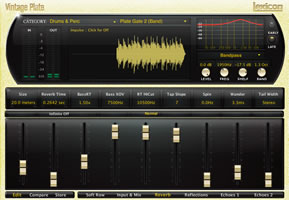 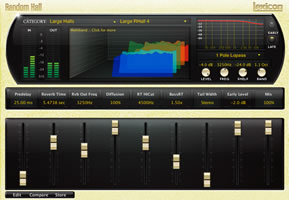 The Lexicon PCM Native Reverb Plug-In Bundle is billed as "the ultimate studio plug-in for creating professional, inspirational mixes within popular DAWs like Pro Tools and Logic, as well as with any other VST, Audio Unit, or RTAS compatible host". These pristine algorithms represent Lexicon's "state-of-the-art" technology now in highly efficient native plug-ins that are designed to "elevate the sonic qualities of native reverb plug-ins to an entirely new level and provide that smooth, rich sound that is unmistakably Lexicon".

The PCM Native Reverb Plug-In Bundle includes unique plug-ins for each algorithm including: Vintage Plate, Plate, Hall, Room, Random Hall, Concert Hall, and Chamber with hundreds of versatile and finely crafted studio presets including recognizable classics from Lexicon's immense library of sounds. Librarian functionality allows the user the option to take an available preset, adjust the parameters, compare it to the original and then return to the edited preset. Presets can also be saved off in a DAW independent file format allowing a user to easily move custom presets to any DAW.

With all the flexibility users have come to expect from a native plug-in, each algorithm can be run in mono, stereo or a combination of the two. The user interface is intuitive with a "pro or go" mode which enables the user to easily access nine of the most logical parameters for customization, but also provides the ability to transition deeper into the algorithm to edit the full matrix of parameters. Input and Output Meters allow a user to quickly assess the audio levels going to and from each algorithm while the EQ section makes it possible to visually dial in the EQ settings for both the early and late reflections of the algorithm. To add another tool to the user's arsenal, each algorithm is complemented with three different real time displays providing graphical insight into what is happening inside of the different frequency stages of the reverbs.

The PCM Native Reverb Plug-In Bundle is ideal for recording and post-production environments where quality is required. It is a fully functional cross-platform plug-in that is compatible with Windows XP, Vista, and 7 along with Mac OS X 10.4, 10.5, 10.6, Power PC and Intel based. The Bundle is Native only, and requires iLok authorization. It will be available in November 2009 with a suggested retail price of $1,899.