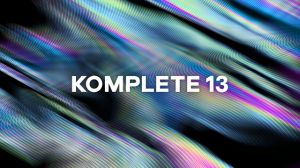 Native Instruments has announced the release of Komplete 13, which includes Guitar Rig 6 Pro, Cremona Quartet, and the updated Maschine 2.12.

The latest generation of Native's flagship production suite also sees the addition of some of their biggest releases from the last two years including Arkhis, Mysteria, Pharlight, Straylight, Super 8, Session Guitarist – Electric Sunburst Deluxe, and Noire.

Three new instruments join this year's acclaimed Stradivari Violin to form Cremona Quartet. The incredible sounds and nuances of some of the world's rarest and most valuable strings are captured in stunning detail with Amati Viola, Guarneri Violin, And Stradivari Cello. Each instrument in the quartet was recorded by virtuoso performers in a bespoke environment at their home in Cremona, Italy, which itself fell silent and rerouted traffic during the recording process.

Native has teamed up with Sanjay C to create a video exploring some of the YouTuber's favorite new additions to the Komplete 13 lineup.