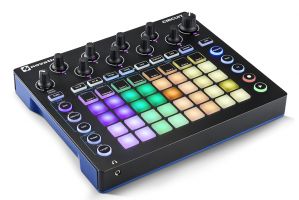 Novation has announced the release of version 1.5 firmware for Circuit.

There are several features that are distinct improvements. The first is Fractional Gate: Novation has given the Gate sequencer six times more precision per step. Version 1.5 enables staccato steps to be programmed per-step and increases variance in melody creation.

The improved gate functionality makes it a great choice as a sequencer to drive a modular system, as well as it having two inbuilt synth engines (six-voice), and a sampler built-in.

The firmware is available via Components and Components Standalone on Mac or PC.