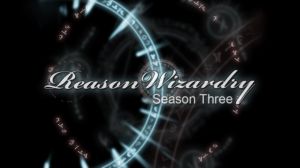 In Reason Wizardry Season Three, users will be guided through complex Reason concepts by Nucleus SoundLab Lead Designer Jeremy Janzen. Jeremy has been creating commercial ReFills since 2005, including the Pantheon and Filter Research series of ReFills, as well as the recently released BFD Core ReFill.

All the main topics from each included issue are listed below:

Want a demo? The entire October 2011 issue is freely viewable below.