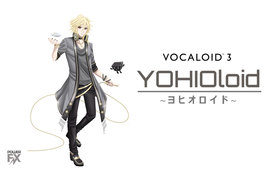 PowerFX has released YOHIOloid, a new Vocaloid 3 artist based on YOHIO, the 17 year old international recording star from Sweden.

An accomplished singer and guitarist, YOHIO taught himself Japanese and has released an album singing in Japanese on Universal Japan Records as well as an English version on Ninetone Records/Universal Music AB. He was also the runner up in Swedish 'The Melody Festival' in 2013 with his song "Heartbreak Hotel".

YOHIOloid is a versatile addition to the Vocaloid artist rooster with a voice that is strong but dynamically sensitive.

The download of YOHIOloid contains both the English and Japanese versions with the Tiny VOCALOID 3 Editor. Size of download 1.57 GB.