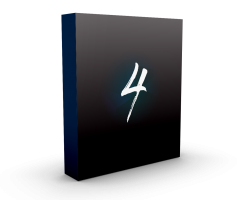 Throughout music history, countless hits have been made using just four chords or less. Four is a preset library with over 30 chord progression presets containing just 4 chords each, designed to be a great start for creating easy, catchy and inspiring music. Each progression preset is in the style of Hip-Hop/R&B and soul. With Four, you'll find chords that work together to create solid harmonic circles.