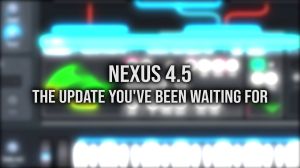 This is the biggest and best update in Nexus history. So many new features have been added, so many improvements, big and small, have been made. All free for Nexus4 customers.

On top of all the quality-of-life improvements that have been made, and the brand new "ROM Extension 4" we've added (70+ new presets), we opened up the internals like never before.