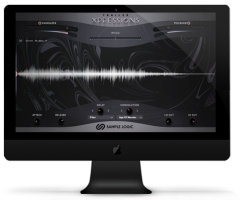 Sample Logic has announced the release of Trailer Xpressions - Cinematic Made Easy, a Kontakt Instrument that SL says delivers a new approach to cinematic scoring and sound design.

Developed for the Native Instruments Kontakt sampler, Trailer Xpressions contains over 1,000 sampled sounds, each of which has been programmed into 26 instruments and organized within ready-made construction kits making it easy to find the sound for your next trailer or cinematic music track.

From suspenseful atmospheres, drones, risers, stingers, and scrapes, to gut wrenching whooshes, brams, impacts, and reverses, this tool-kit is geared for your next cinematic production.

This new product is available at an introductory price of $129 until the end of September (reg. $199).