SKnote has released two new plug-ins: Retoone and Fild. They cost €129 each and are available for Windows as VST effect plug-ins. 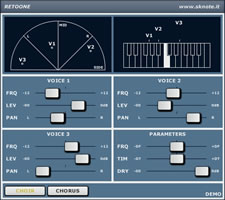 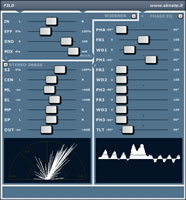 Retoone is a simple, MIDI-controlled effect for pitch-shifting, doubling, choir, chorus. It has two modules:

Fild enables you to control relative phase, width and stereo image. It has three modules: