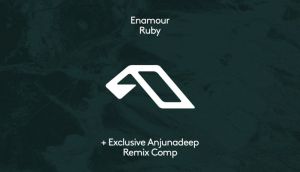 Sonic Academy has announced the release of How To make Ruby, a tutorial with Enamour.

Washington DC-based producer and DJ, Enamour guides you through How To Make Ruby - his latest track just released on Anjunadeep's Explorations 08.

Starting from a blank canvas, Enamour first lays down the melodic hook before layering the bass and pad sounds and building the varied drum groove. He then moves on to a basic arrangement before filling out the overall sound with background ambience and one-shots using clever processing techniques. In the final section of the course, it's all about building tension and movement with extensive automation before mixing down and creating a master ready for the clubs.

Also with this course, they are running a remix competition. The How To Make Ruby Remix Contest is exclusive at Sonic Academy and you could be in with a chance of winning some cool prizes and possibly getting a release on Anjunadeep - an independent record label based in London, founded in 2005 by Above & Beyond and James Grant.

Price: £34.95 to download the course, or free streaming for subscribers.